A yong Wexford girl has learned to walk again thanks to her doctors — and a computer game.Nicole Cahill (10) from Enniscorthy, Co Wexford, took her first steps in four years years at a New York hospital late last year. 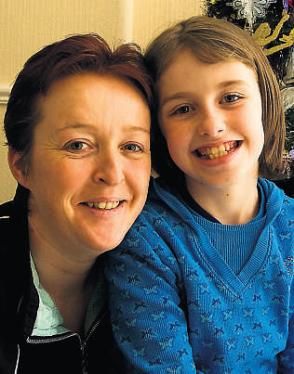 Since returning home on December 14, Nicole has stunned family and friends with her progress and is now expected to walk unaided by the end of the year.Nicole’s mum, Mairead, said: “She’s doing really well. She’s in therapy nearly six days a week now,” says Mairead.”At home she’s not using the walking frame and she leaves it at the side of the wall in school.”We’ll have to wait and see but we think she’s doing so well that she’ll be walking [unaided] sooner than we think.”

Meanwhile, Nicole’s parents no longer have to pay for private therapy sessions since a Wexford hotel gave Nicole a year’s membership in their leisure centre for free…READ MORE