Long awaited by hardcore gamers and overclockers in every part of the world, the latest generation of graphics processors from NVIDIA is finally here, and ASUS is the first to prepare and release fully-optimized products that build on its many new features to deliver total gaming frills and immersion.

Gearing Up for Action

The new graphics cards from ASUS deliver all the benefits of the debuting 40nm NVIDIA GPUs, possessing considerable power improvements compared to their predecessors. They come in two varieties in the initial launch. The flagship ENGTX480 uses the GTX480 core with 1401 stream processors and a 384-bit memory interface. This is a frontline extreme performance board with a 700MHz core clock and 1536MB of 3696MHz GDDR5 memory. 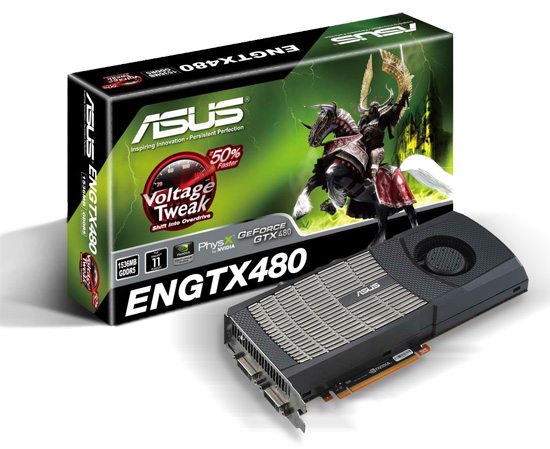 ASUS unlocks the real potential of this all-new and exciting technology by paving the way for unadulterated overclocking. The company includes exclusive Voltage Tweak functionality via the Smart Doctor application, covering every possible overclocking and overvolting scenario. Beginners to veterans, gamers can make the most of the new GPUs using detailed tweaking options that can easily boost performance by up to 50%. With added cooling solutions, even more radical speeds and improvements can be attained. 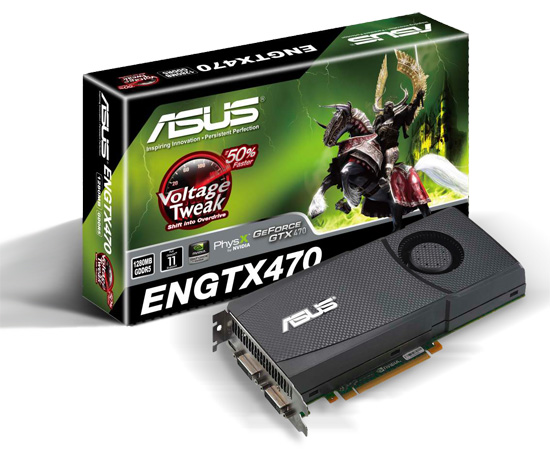 Users can even put their efforts to immediate test and gauge success rates with included advanced and entertaining benchmark interface Supersonic Sled. Another powerful software tool that’s in the package is Design Garage, a luxury car-themed creative utility that demonstrates the capabilities of DX11 in a very interactive and impressive manner.

The quality build and thermal properties of ASUS graphics cards have won repeated acclaim over the years, and the new ENGTX480 and ENGTX470 are no exception. They are constructed to withstand punishing duty as pillars of serious gaming and overclocking with extreme cooling solutions and thermally-efficient board materials. 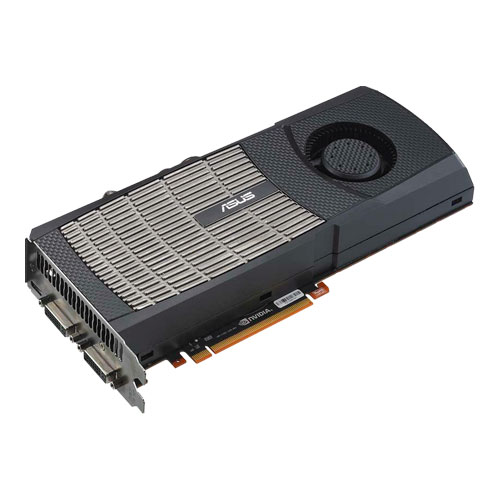 One of the greatest advantages of the new graphics cards is that they are 100% DX11 ready. This means new graphics features such as advanced tessellation for detailed objects, interactive ray tracing in real time and the latest version of NVIDIA’s PhysX can be put to full use as intended.

The two cards further offer NVIDIA CUDA and DirectCompute parallel processing, whereby their great power can be harnessed in general computing – boosting the overall performance of the entire system even in non-graphics applications. 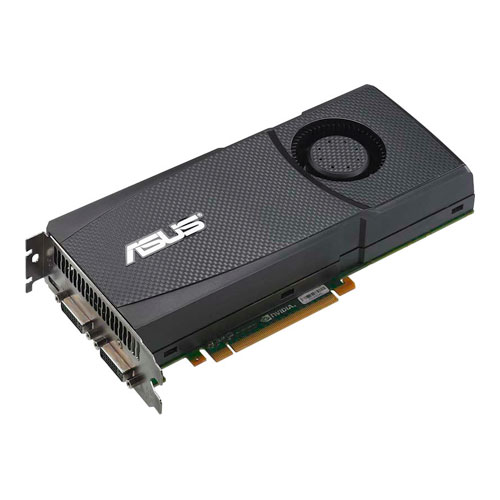 Also on board is the exciting NVIDIA® 3D Vision™ technology, part of the new move towards genuine 3D gaming at the home. Hundreds of game titles already support this technology, with more coming out constantly.

Enthusiasts have waited a long time for the new 400 series of GPUs from NVIDIA, which promises at least three times the performance levels of the previous mainstream desktop 200 series.

Only ASUS designs do justice to the new technology and so, it’s safe to say the wait is over. 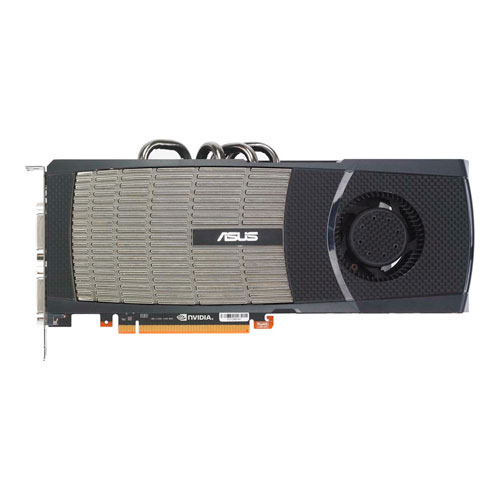 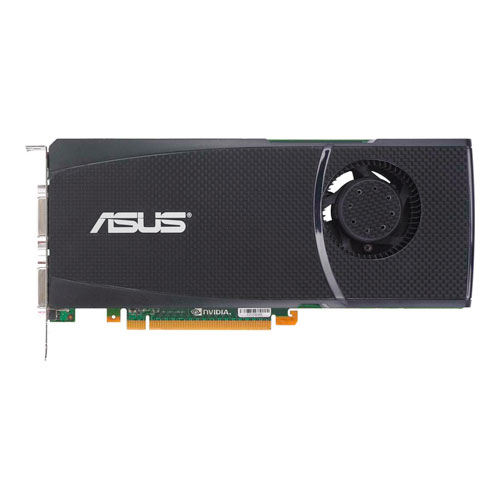