Leveraging a solid track record for reliability, the new Deskstar 7K2000 is now in its fourth-generation using the company’s unique five-platter design with relaxed bit density and proven perpendicular magnetic recording (PMR) technology. Couple this with an ultra-quiet operation, a 32MB cache and a 3Gb/s SATA interface, and the new Deskstar 7K2000 is the ideal desktop drive for power users, gamers or anyone looking for a big, fast hard drive.

“The new Deskstar 7K2000 reflects our ongoing commitment to provide customers, channel partners and OEMs with proven, reliable solutions for enabling desktop computers, gaming systems, workstations and desktop RAID arrays,” said Brendan Collins, vice president of marketing, Hitachi GST. “At Hitachi, we continue to offer one of the broadest product lines in the world with a focus on delivering industry-leading hard drives that meet the reliability, performance, capacity and power needs of a variety of traditional and emerging market segments.” 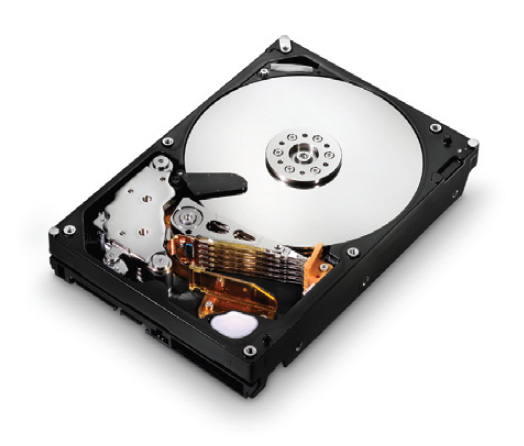 “The demand for higher capacity disk drives is being fueled by the persistent growth of digital information generated by consumers and organizations alike,” said John Rydning, research director for hard disk drives at IDC. “With the introduction of the industry’s first 7200 RPM, 2TB HDD, Hitachi GST is building a tradition of time-to-market leadership for delivering the biggest and fastest disk drives for capacity-hungry PC users, given it was also the first HDD vendor to ship a 1TB HDD, the Deskstar 7K1000, in early 2007.”

In addition to the new 2TB Deskstar 7K2000, Hitachi GST is also refreshing its high-volume desktop hard drive family. The new 7200 RPM Deskstar 7K1000.C family will deliver up to 500GB per platter, and will come in capacities of 160GB to 1TB, hitting the capacity and performance sweet spots for mainstream desktop applications. Like previous generations, both the 7K2000 and 7K1000.C Hitachi Deskstar drives feature industry-standard 512-byte sector formatting, a patented ramp load/unload design to increase shock protection, and Thermal Fly-height Control (TFC) to maintain a consistent fly-height during the read/write process for added data reliability. Volume production and worldwide availability of the new Deskstar 7K1000.C will begin in the current quarter.

Leveraging the company’s eighth-generation power management technology, including power-saving innovations like the Hitachi Voltage Efficiency Regulator (HiVERT™), the Deskstar 7K2000 and 7K1000.C deliver outstanding power management and thermal emissions to help manufacturers meet energy compliance targets for their computer systems and storage-based solutions. For example, the new Deskstar 7K2000 offers 10 percent idle power savings over previous generations, and on a watt-per-GB basis, idle power has improved more than 120 percent. The new Deskstar 7K1000.C is expected to deliver best-in-class power efficiency at 4.4 watts or less idle power, which is the best in the industry when compared to current generation, competing desktop drives.

In addition to being RoHS compliant and low in power, all new Deskstar drives are now Halogen free across the entire family, earning both the Deskstar 7K2000 and 7K1000.C the Hitachi EcoTrac™ classification.