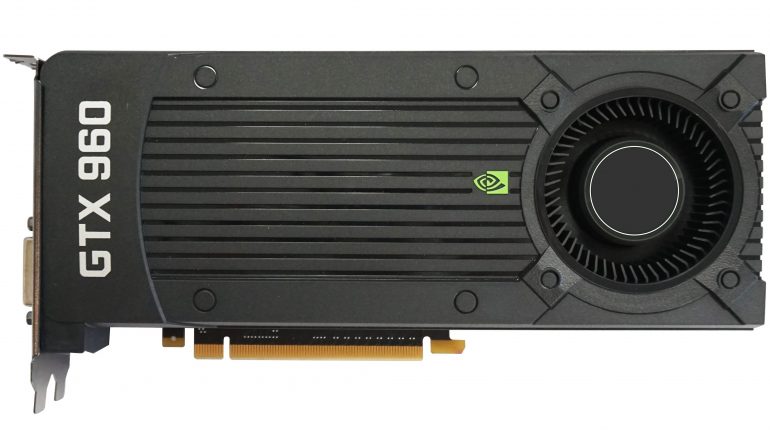 The popular Videocardz.com web site, which primarily deals with video cards as the name of the site says, has confirmed the final specs of the upcoming GeForce GTX 960 graphics card, which we all know will come out on January 22, 2015, or next week.

There is no revolutionary news, which means that we already know most of the specs of the GTX 960 – the card will come with the NVIDIA GM206 Maxwell GPU and will feature 1024 CUDA cores (no official info on ROPs and TMUs count) at a base clock speed of 1127 MHz. The included Turbo Boost feature will take the clock speed of the GPU to 1178 MHz. At 1127 MHz the card provides 2.3 TFLOPS of power (it is not clear whether this is a single-precision or double-precision measurement). Then we have 2 GB of GDDR5 memory that is serviced by a 128-bit memory bus (here gamers will say “ouch!”) and 112 GB/sec of memory bandwidth. The card will also draw 120 watts of power through a 6-pin power connector.

We did not mention the clock speed of the GDDR5 memory on board the GTX 960 on purpose because things get more interesting here. The real clock speed of the memory is 7 GHz, but NVIDIA also mentions one more advertised “effective” clock speed of 9.3 GHz. Don’t get too excited – there is no such thing inside the GTX 960 – instead the advertised clock speed comes from the implemented 3rd generation color compression algorithm inside the video card. NVIDIA says this will increase the effective memory bandwidth but this remains to be seen in real life tests, which will surely come out next week when the GTX 960 gets released.

Performance-wise NVIDIA says the GTX 960 will be two times faster than the GeForce GTX 660. The company also says the card will be an “overclocker’s dream” since the used GM206 chip is very suitable for overclocking. In fact some GTX 960 cards have reached 1500 MHz for the GPU inside the card or so NVIDIA says.

The new card will also have two DL-DVI, one HDMI 2.0 and one DisplayPort ports and is expected to sell for around USD 200 when it comes out in six days.