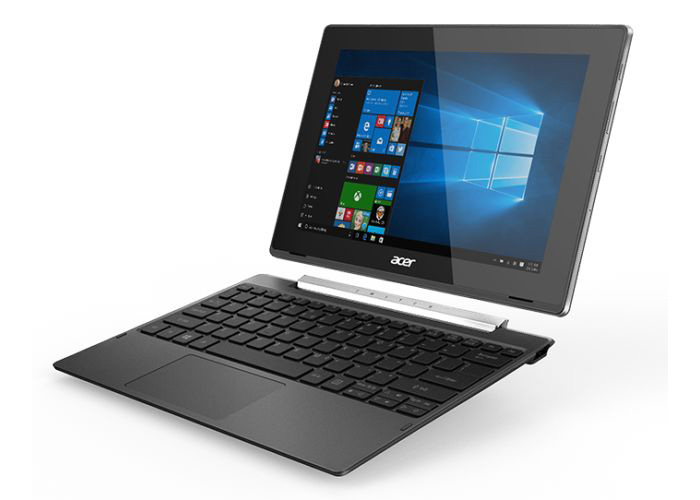 Just a few days before Computex 2016, which will take place next week, Acer has announced two new budget-oriented convertible notebooks. The models are called Switch V 10 and Switch One 10 and both of them come with detachable 10-inch IPS displays – a feature, which also allows them to function as tablets. To do this, the notebooks use the so-called magnetic “Snap Hinge” system, which holds the computer together in laptop mode with no need for any latches. The notebooks also feature precision touchpads below the keyboards with full support for Windows 10 touch gestures.

The Switch V 10 model is the one that offers the most features. This notebook is powered by an Intel Atom processor and comes with Gorilla Glass protection for the display, dual-band 802.11ac Wi-Fi, support for 32 GB or 64 GB of internal memory (an optional 500 GB hard drive can also be installed), a metal cover and a USB Type-C port. The computer also has two full-sized USB ports, a fingerprint reader and a battery that is good for up to 10 hours. The Switch V 10 will be available in Q3 2016 in several color options – red, white, black, peacock blue and navy blue.

The Acer Switch One 10 is a cheaper version of the Switch V 10. This notebook features the same Intel Atom Cherry Trail processor and the same 10-inch IPS display with Gorilla Glass protection but lacks a USB Type-C port, comes with a battery that can last for up to 8 hours and features a single color only – metallic gray.