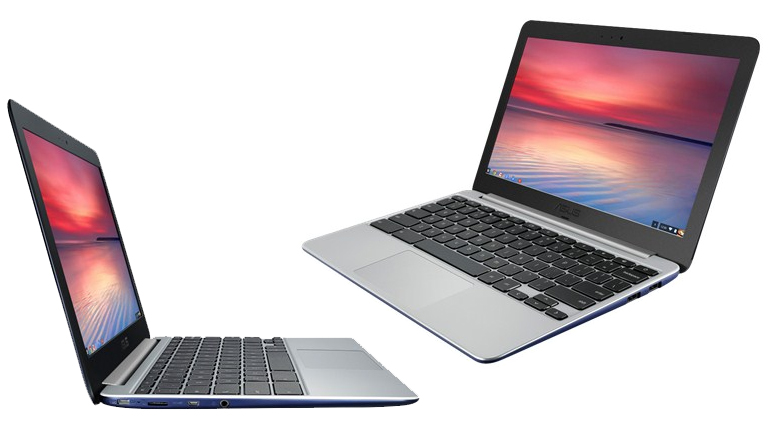 Until now most Chromebook notebooks came with up to 32 GB of internal memory. The reason was simple – the end price had to be low. At the same time most apps Chrome OS works with are on the Internet so why have tons of storage memory?

Things have changed, though – now Google will add support for apps and games in Chrome OS, which will require more disk space. Logically a new breed of Chromebooks is set to appear and all of them will come with more storage memory. The ASUS Chromebook C301SA model seems to be the first one.

This Chromebook is equipped with a 13.3-inch display that works at 1920 x 1080 pixels and inside an Intel Celeron N3160 processor with four cores at 1.6-2.24 GHz runs all the software. The Chromebook C301SA also has 4 GB of RAM, Bluetooth 4.2, 802.11ac Wi-Fi, a USB 3.0 port, HDMI and a microSD memory card slot if you need some extra space. The display of the Chromebook is not sensor, so you won’t be able to use your Android apps with your fingers. The main new feature here is that this model comes with 64 GB of internal storage memory.

The price of the Chromebook C301SA is USD 299, which the same price charged for other Chromebooks with just 32 GB of internal memory. This makes the latest ASUS Chromebook a great choice.