“Always in the forefront of delivering the latest technology coupled with stylish design and user-friendly features, Fujitsu has answered to the needs of today’s consumers for ultra-mobile computing gadgets that exude convenience and style with the new LifeBook UH900. Meticulously engineered and thoughtfully designed, the UH900 raises the bar in addressing the demanding needs of being constantly on the move,” commented Mr Raymond Foo, Associate Vice President, Product Marketing and Engineering, Fujitsu PC Asia Pacific. 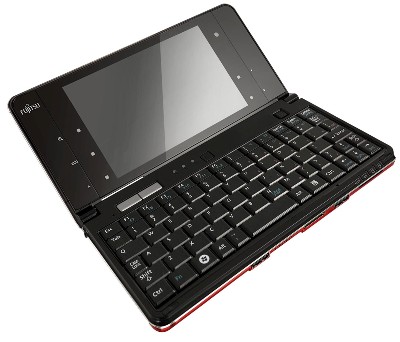 Boasting cutting-edge technology, the Fujitsu LifeBook UH900 weighs in barely at 500g, and is typically half the weight of a netbook. Less than an inch in thickness, the 20.4cm x 10.65cm body mimics the size of a long wallet and comfortably sits inside any handbags and even your pocket!

Viewing comfort is not compromised with the 5.6-inch vivid glare screen that is typically 60% to 80% bigger than commercial mobile handsets.

Keeping up with the constant demand of mobility on-the-go, the Fujitsu LifeBook UH900 is the perfect travel companion with its 5.6-inch vivid glare screen at 300nits brightness. Boasting a sunlight readable WXGA display with bonding technology, superb video viewing and text browsing outdoors will be an easy feat. Fully capable of displaying a full-width web page, the UH900 also supports all windows-based pages including flash animation and forms-filling.

Thoughtfully designed to outperform in PC convenience, the Fujitsu LifeBook UH900’s mobility is further exemplified with its 5 thumb-controlled Touch Buttons panel at the flanks of the screen such as resolution change, ECO button for extending battery life up to 3 hours or to launch media programs, or you may program these 3 buttons to your favourite applications. Page up and down viewing is also made simple with a single touch of a button as well.

Combined with a thumb-glide point and buttons that substitutes the use of an external mouse, using the UH900 as a handheld will be a breeze. Besides supporting the new multi-touch capability for two finger touch output, the LifeBook UH900 also comes bundled with a pen for more precise input.

Featuring the Fujitsu DVD sharing application, wireless sharing of an external DVD from another PC is made effortlessly easy and location-free.

SMALL IN SIZE, BIG ON STYLE

Despite its amazing compact design, the Fujitsu LifeBook UH900 exudes urban style with an art of sophistication. Coloured in Mocha Black, Fiery Red and Vintage Gold in glossy finish, the UH900 demonstrates an elegant flair with its silver outlines in understated brilliance.

Fujitsu remains firmly committed to the promotion of a cleaner environment and complies with the European Union’s Restriction of Hazardous Substances directive (RoHS) across its entire range of products. In addition, Fujitsu has established a set of commitments that goes beyond RoHS requirements, thus allowing it to stay keenly focused on its customers’ health and well-being as well as to embrace a healthier environment for all. By adopting a green factory concept and being committed to the cause of energy-efficient computing, Fujitsu also fights to sustain the Earth as a sponsor and a member of the Climate Savers Computing Initiative.