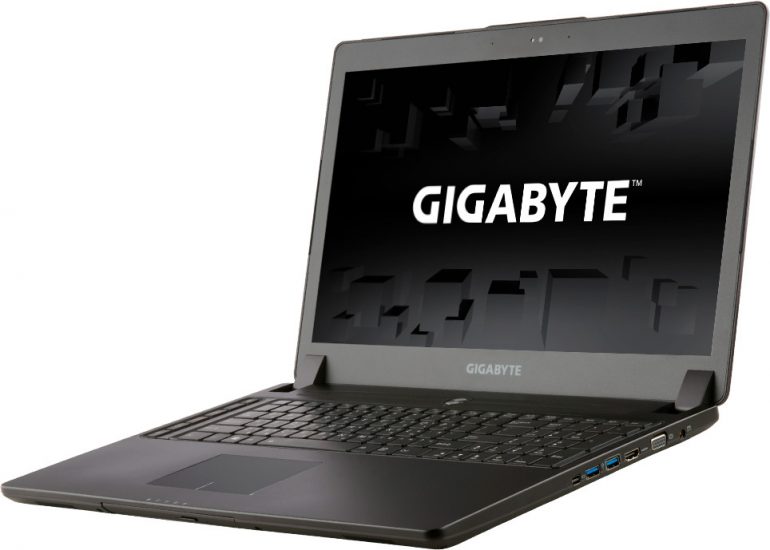 The Christmas holidays were just a month ago and summer vacations are still far away but despite these two facts Gigabyte has announced a new gaming notebook – the P37X. Just like any other gaming notebook this one packs premium hardware that we will describe below.

The P37X seems to not compromise anywhere – the machine comes with a large 17.3-inch display that works at 1080p video resolution, 160-degree viewing angles and 72 per cent NTSC color gamut. In addition to this you also get a fast Intel Core i7 processor (unfortunately, the generation has not been announced) and a top-of-the-line GeForce GTX 980M graphics card. Another feature worth mentioning is that the P37X is a storage monster – the notebook can take up to two 512 GB mSATA SSDs and up to two 2 TB hard drives that can store all the information you have and deliver it in an extra fast way.

Sadly the amount of RAM inside the P37X has not been announced but maybe to compensate this Gigabyte has equipped the gaming notebook with 25 macro sets for any gaming scenario there is and furthermore you can record the macros. The second thing you get is improved cooling – it consists of four modes of cooling fan speed. All of them, except the so-called Max Fan, come with automatic progressive fan speed control that covers all usage scenarios. Furthermore Gigabyte’s exclusive Supra-Cool technology includes two dual heat pipes plus two dedicated fans for the CPU and the GPU for extra cooling when needed.

Gigabyte has not disclosed the pricing of the P37X gaming notebook as of now.