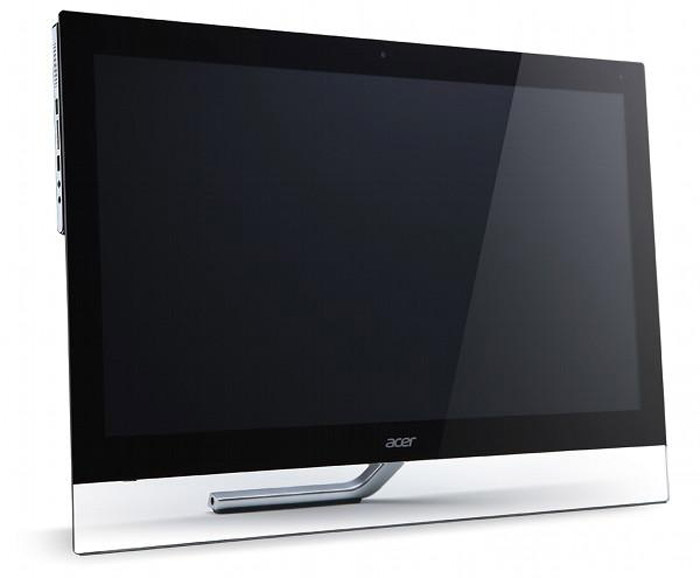 The other model – the Acer Aspire 7600U – offers a 27-inch display with the same 10-point multi touch input and 1920 x 1080 resolution and more powerful hardware. Inside you will find an Intel Core i5-3210M processor, 8 GB RAM, NVIDIA GeForce GT 640M discrete graphics, a Blu-Ray drive and two HDMI ports instead of one. Again the 7600U comes with built-in Wi-Fi 802.11n, HDMI, Bluetooth, a multi-card reader, VESA wall mount and Windows 8 pre-installed.

The new Acer Aspire 5600U will become available on October 26 and will sell for 1150 USD for the touch screen model and 1000 USD for the model without a sensor display. The faster 7600U will hit stores at the end of November for a price of around 1900 USD.