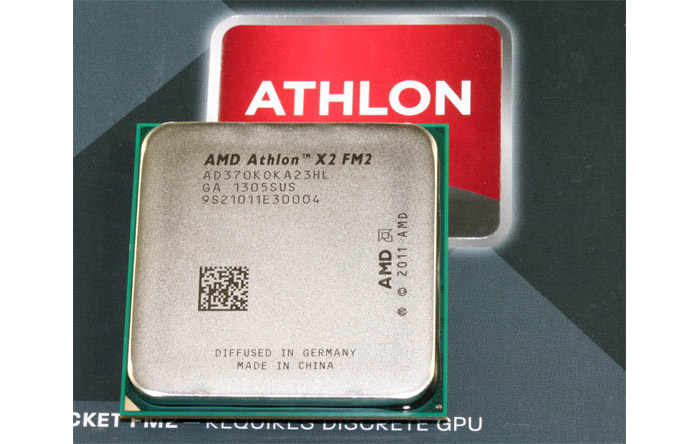 The debut of the Richland APU family has thrown the beloved “Athlon” brand back into circulation. Chips marketed as Athlon belong to the Richland generation but come with disabled integrated graphics, so they cannot be called a real APU. AMD has already released one model – the Athlon X4 760K – but a new model has surfaced on the market as well – the Athlon X2 370K processor.

The new AMD product comes with just two processing cores and no integrated graphics. The chip runs at 4.0 GHz base clock speed but is capable of running at 4.2 GHz when the AMD Turbo Core technology is enabled. The rest of the specs include just 1 MB of L2 cache, an integrated DDR3-1866 memory controller, an unlocked multiplier for easier overclocking, 65-watt TDP and support for the AMD FM2 socket.

As with the other Athlon chip, the X2 370K is a budget-oriented processor so do not expect performance wonders. Still its price is tempting too – the new chip can be found for around USD 60 now.