AMD has added a new line to its seventh generation Radeon HD products – the 7800 series.

Radeon HD 7870 GHz Edition and Radeon HD 7850 will represent the new graphics card series. Both cards are built using 28 nm technology and use the so-called Graphics Core Next Architecture (GCN) that provides high performance and efficiency.

The new Radeon HD 7870 GHz Edition and Radeon HD 7850 support PCI-E 3.0 and AMD ZeroCore Power technologies as well as AMD Eyefinity 2.0 that allows gamers to use more than one monitor. Both cards feature 2 GB of GDDR5 memory. 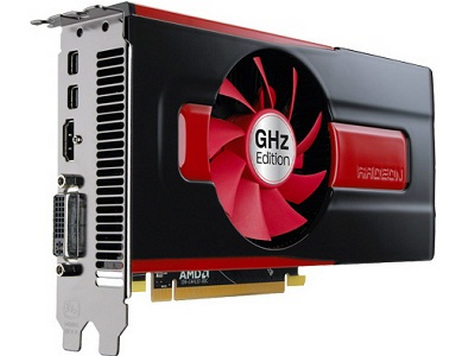 The new cards will cost around 249 USD (MSRP) in the United States with ASUS, Gigabyte, HIS, Club 3D, Diamond, MSI, Powercolor, Sapphire, VisionTek and XFX releasing their own versions of the new graphics cards.