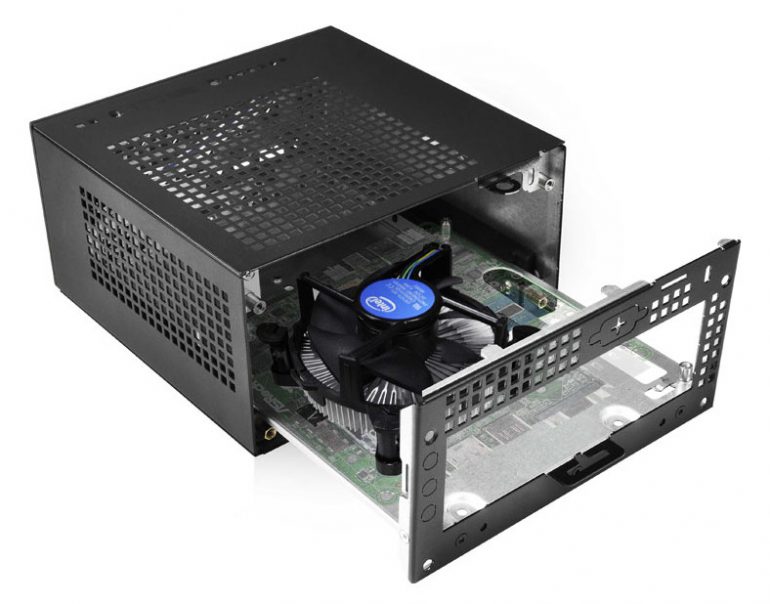 The Taiwanese motherboard maker ASRock has teamed up with the famous US chip maker Intel in order for both companies to create one of the smallest mini-PCs the world has ever seen. The device is called DeskMini and looks very promising.

“We are excited to be working with ASRock as an ecosystem partner on innovative products,” said Steve R. Peterson, Client Marketing and Enabling Director at Intel Corp. “The Mini Socket Technology Extended (Mini-STX) form factor adds the flexibility to support Intel LGA 1151 socket-based Intel processors in the mini PC segment. Ultimately, the Mini-STX component stack provides valuable configurability options for the channel, by extending the DT tower building block model into some of the smallest mini PCs available today.”

The DeskMini is based on the so-called Mini Socket Technology Extended, also known as Mini-STX and allows users to change a password if they feel like it. The computer case, on the other hand, has enough space for a standard Intel box fan and up to two 2.5-inch disk drives.

There’s no information on when the ASRock mini PC will be around us but ASRock seems to be ready to launch DeskMini in May 2016.