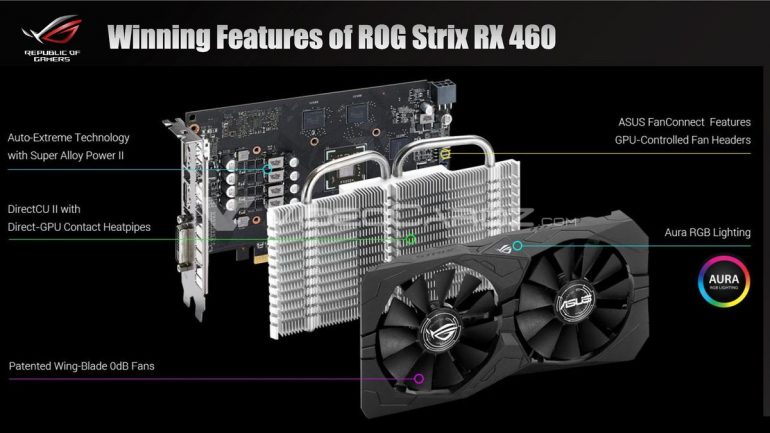 If we tell you that ASUS has announced a new Radeon RX 460 Strix video card we will hardly surprise you – after all the famous Taiwanese company has had a Strix model for all modern AMD and NVIDIA GPUs and the Radeon RX 460 is not an exception.

No word on pricing at the moment.