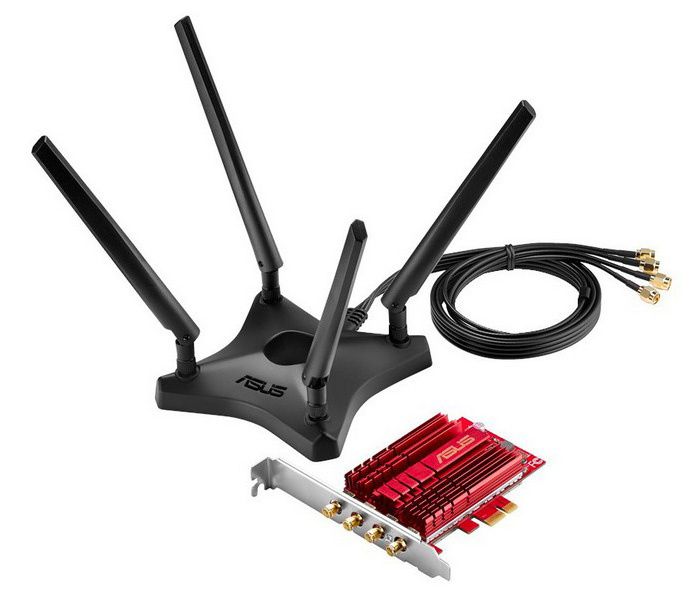 ASUS has announced a new very capable PCI-E wireless networking adapter. The device is called PCE-AC88 and is the first on the market to offer dual-band 4×4 AC3100 Wi-Fi with speeds of up to 2.1 Gbps at 5 GHz and 1 Gbps at 2.4 GHz.

To offer such speed the ASUS PCE-AC88 Wi-Fi adapter uses 4×4 NitroQAM technology. The device includes four antennae that users can directly attach to the card as well as an external module that looks like a router. The module allows users to use their cards as a WLAN router by using special ASUS software. All you need to have in order to use the PCE-AC88 is a free PCI-E 2.0 x1 slot. In case you wonder the PCE-AC88 Wi-Fi router measures 103.3 x 68.9 x 21 mm and weighs 125 grams.

The price of the new ASUS Wi-Fi adapter is unknown but to give you an idea, its predecessor now sells online for around USD 100, so the PCE-AC88 should cost a bit more.