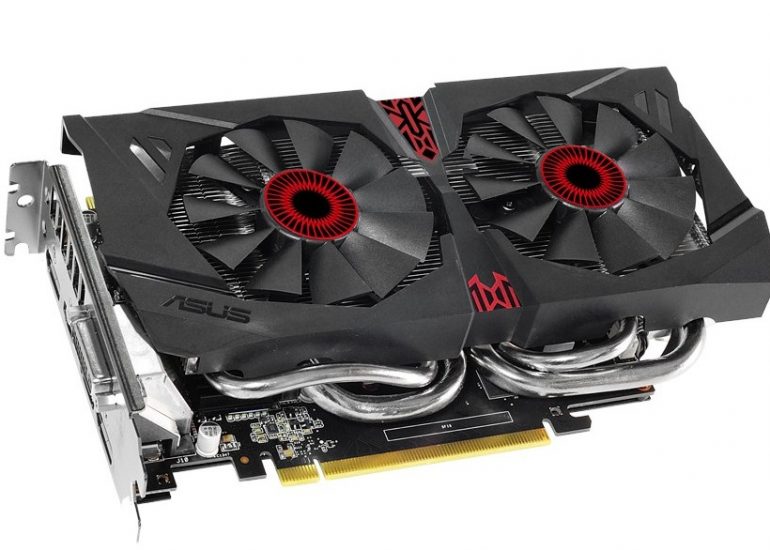 The new ASUS card is known as STRIX-GTX960-DC2OC-4GD5 and comes with a special cooling fan that can power down when the card is under light load. Thus you can get a completely quiet card when in 2D mode. The cooler consists of four 10 mm heat pipes and two cooling fans and under it you will find the ASUS Super Alloy Power technology too.

The ASUS Strix GeForce GTX 960 comes with a faster GPU as well, like we just mentioned – the GPU in the card runs at 1253 MHz (1317 MHz Turbo). The memory stays at the regular 7010 MHz. The card also has three DisplayPort ports, one DVI port and one HDMI port.

The price of the card is unknown.