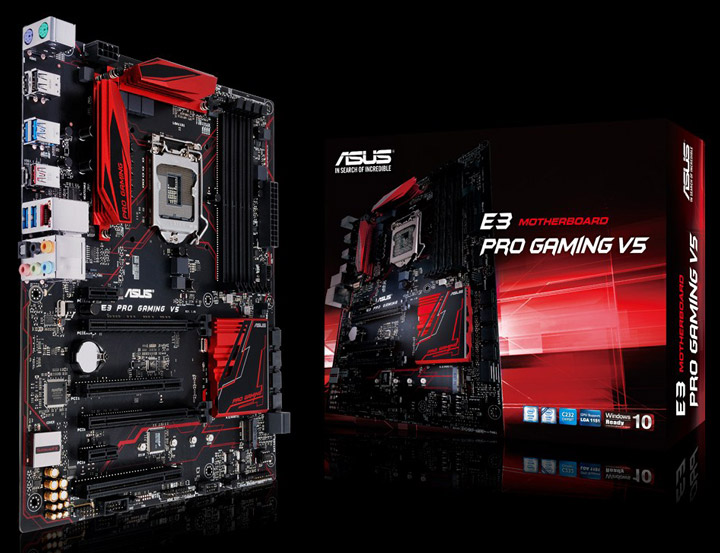 ASUS has announced one more Republic of Gamers (ROG) motherboard but this one comes with several peculiar features. The board is called E3 Pro Gaming V5 and is based on the Intel C232 chipset, which has support for Intel Xeon E3-1200 v5 processors, while at the same time the board has all the functionality that the ASUS Pro Gaming boards offer. Of course here we are talking about a LGA 1151 motherboard, in case you still wonder.

The main feature of the E3 Pro Gaming V5 is that users can install a high-performance Intel Xeon E3-1200 v5 processor on the Skylake architecture and thus save some money because most of these Xeon chips do not come with integrated graphics. Gamers do not use IGP solutions so why not use the saved money for a more powerful graphics card then? This is exactly where the ASUS E3 Pro Gaming V5 comes in. Of course the board can be used with regular Intel Skylake processors if this is what you want. The thing is that the C232 chipset does not support overclocking while Intel Z170 boards do but they lack support for Xeon chips on the Skylake architecture. So it is up to you to decide where you want a Xeon with no overclocking and a more powerful video card, or a Z170 board with overclocking features and an integrated GPU, which you will pay for.

The E3 Pro Gaming V5 is now available – the board sells for EUR 120 in Europe.