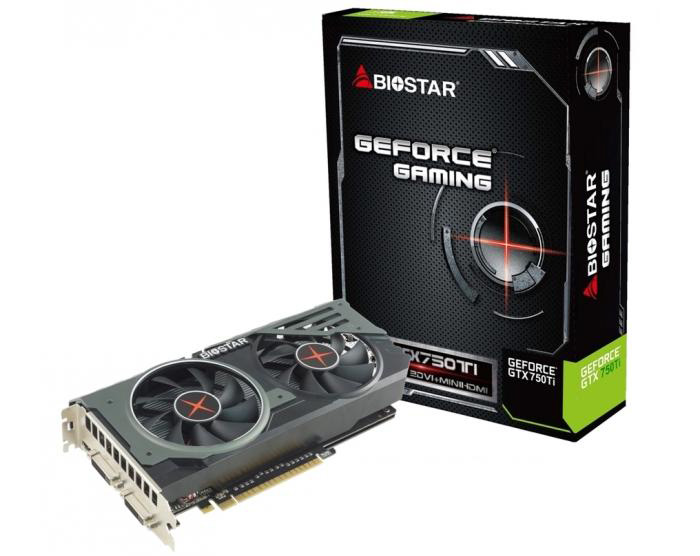 The new card comes with a Maxwell-based GPU but we do not know if this is the GM206 chip or the older GM107 core. As you know NVIDIA recently refreshed its GTX 750 solution with the newer GM206 chip, which was a welcome change, so here we may have the same swap. In any case the GPU inside BIOSTAR’s new GTX 750 Ti card features the same 640 CUDA cores we have come to expect from all GTX 750 Ti cards but here the chip runs at 1127 MHz base clock (up from 1020 MHz in reference cards) and jumps all the way up to 1178 MHz in Turbo mode (from 1085 MHz in reference GTX 750 Ti cards).

The rest of the specs do not bring any surprises – here we have again 2 GB of GDDR5 memory that works along a 128-bit memory bus. The memory speed has not been announced but our guess is that you will get memory chips that run at 5400 MHz. In addition to this users will find two DVI ports in the back as well as a single HDMI port and two fans that cool the GPU and the memory. The package of the card includes a DVI-to-VGA adapter, one mini-HDMI to HDMI adapter and, of course, a driver CD.

The price of the new GeForce GTX 750 Ti card by BIOSTAR has not been announced, though.