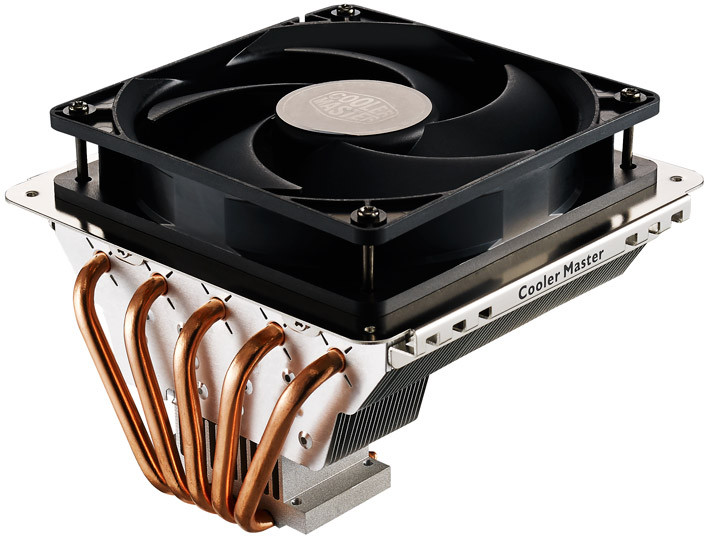 Cooler Master has announced the commercial availability of the new GeminII S524 v2.0 CPU cooler. The new company product is designed to cool processors and surrounding motherboard chips top down and is surprisingly small at just 105 mm tall (4.2 inches) but it has enough clearance not to interfere with memory modules; instead the CPU cooler cools the surrounding RAM memory modules as well. This makes the GeminII S524 v2.0 an almost universal solution when cooling modern processors.

The cooler consists of five 6-mm copper heat pipes that go through the included aluminum heat sink. When compared to the first version of this CPU cooler this time the heat pipes directly touch the processor and they lack a chrome coating. According to Cooler Master these changes alone improve the cooler performance by 7 per cent. The cooler also uses a 120 mm Silencio FP cooling fan with a noise level of just 10 decibels but in case of need users can install a 140 mm cooling fan too.