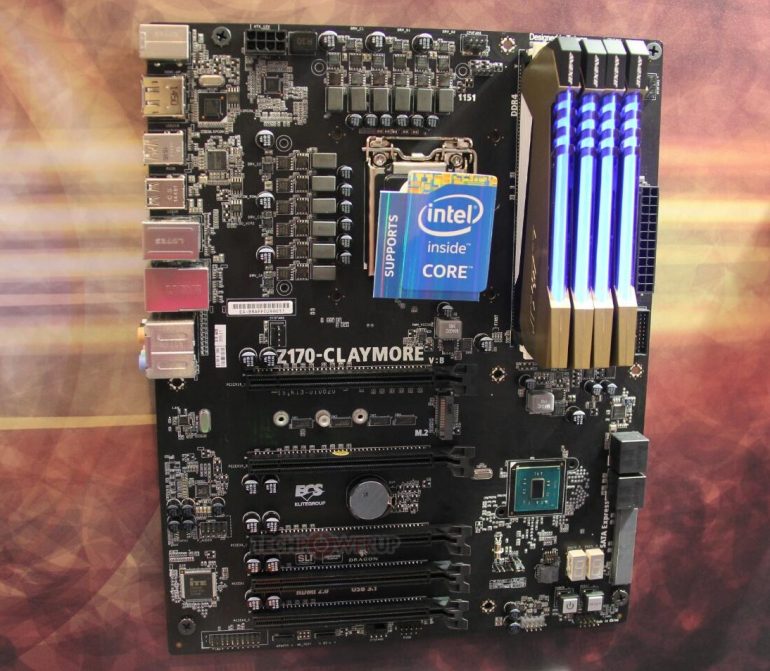 The arrival of the new LGA 1151 boards continues with EliteGroup demonstrating two new high-end motherboards at Computex 2015 in Taiwan. The boards are based on the capable Z170 chipset and are called Z170 Claymore and Z170 Blade.

The Z170 Claymore is the more powerful of the two – the board offers the popular ATX form factor, a 12-phase CPU VRM, four DDR4 memory slots, five PCI-E Graphics slots (three of which are connected to the PCI-E controller in the Skylake chip, offering 16+0+0/8+8+0/8+4+4 configurations; the other two are connected to the Z170 chip and work as PCI-E 2.0 x4 slots), four SATA 3.0 ports, one SATAe port, one M.2 port, two USB 3.1 ports, six USB 3.0 ports, Gigabit Ethernet and a Realtek sound chip. 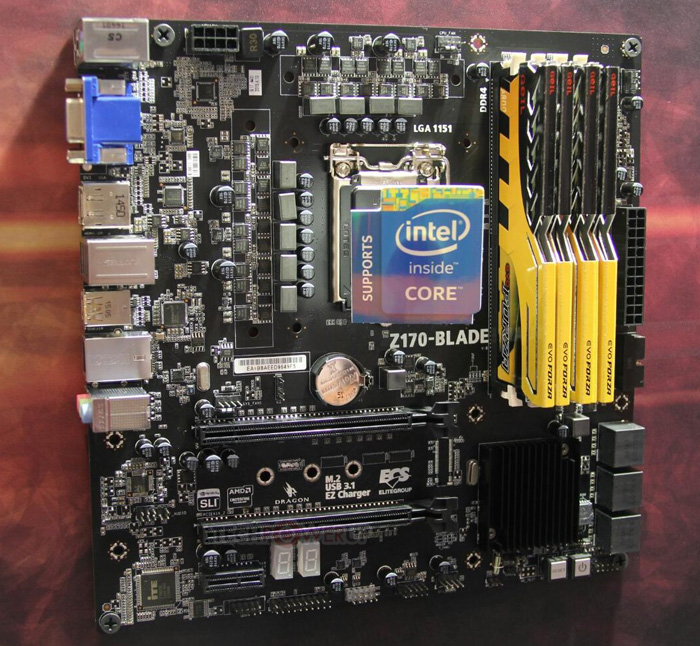 VIA is back with new x86 processors