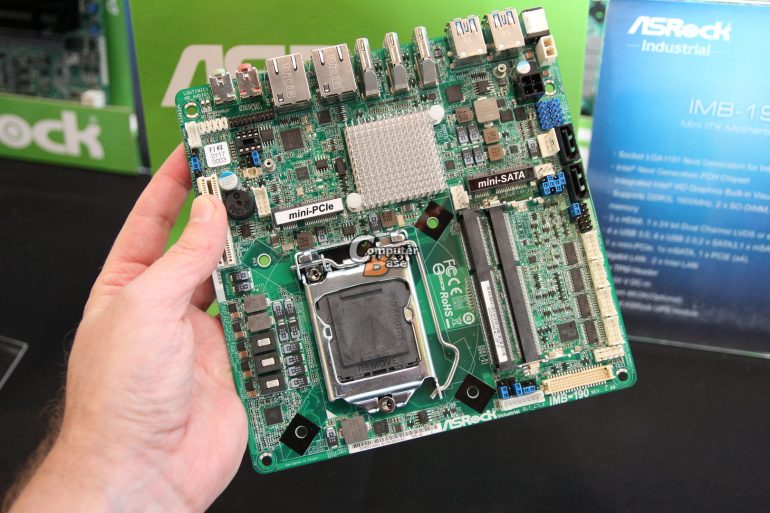 New processor releases always coincide with releases of motherboards that support the new chips – otherwise you will not be able to take advantage of the new technologies inside the new processors. Intel’s Skylake processor, which is expected in August of this year, will also enjoy new LGA 1151 motherboards from day 1 but to have them ready on the release date, motherboard makers must start working on them well in advance. ASRock is not an exception but the Taiwanese company has gone the extra mile – you can see a preliminary Skylake motherboard from ASRock now.

The motherboard is called IMB-190 and comes in the acknowledged Mini-ITX form factor. The motherboard, as you can see, has all expected ports in the back, a mini-PCIe slot and two DDR3 memory slots, although Skylake will be able to work with DDR4 memory as well.

Skylake will require a new socket, currently known as Socket LGA 1151. The CPU line will include Core i7, Core i5, Core i3, Pentium and Celeron processors. The chips will have up to four computational cores and TDP that sits between 35W and 95W.

More LGA 1151 motherboards are expected later this year and especially around Computex 2015, which happens to be in June 2015.