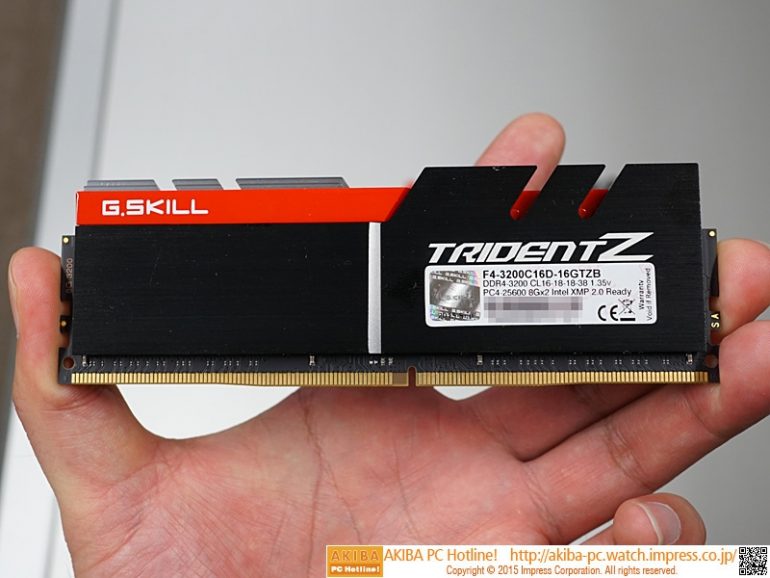 The Taiwanese designer and manufacturer of high-speed computer memory G.Skill has launched a number of new 8 GB DDR4 Trident Z memory kits that run at up to 3400 MHz.

The kits consist of two 4 GB memory modules that run at 3000 MHz, 3200 MHz or 3400 MHz at 1.4V. These high clock speeds will produce a significant amount of heat and that’s why G.Skill has covered all the memory modules with black-and-red aluminum heat sinks. The new memory is fully compatible with Intel’s XMP 2.0 memory profiles and automatically chooses the best memory settings. Designed for use with Intel’s latest Z170 chipset, combined with a 6th generation Intel Core Skylake processor, the new Trident Z DDR4 memory comes with hand-picked memory chips.

There is no information how much the new G.Skill Trident Z DDR4 memory costs but we do know that a four-module kit that runs at 3400 MHz sells for USD 633 in the United States. The slower versions of the same memory will be cheaper for sure but even then some people may find them too expensive despite the performance that they offer.