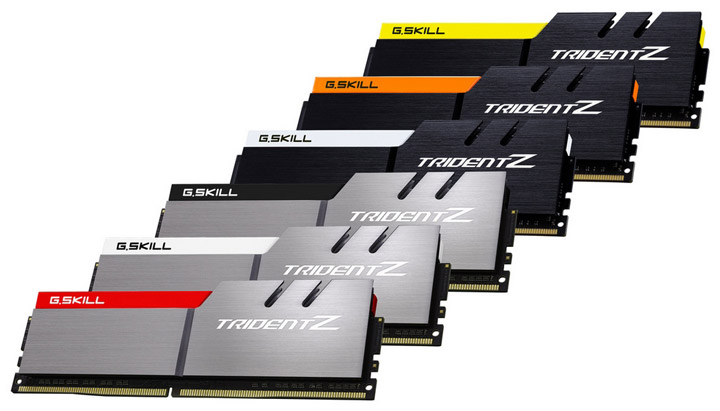 G.Skill has released a new Trident Z DDR4 memory kit that has once again improved the company’s own memory records. The new Trident Z memory now runs at 4266 MHz and is available as a 16 GB dual-channeled memory kit (2 x 8 GB).

The new memory not only runs faster than before but features lower latencies. Unlike its older DDR4-4266 version with its 19-26-26-46 latency clocks, the new Trident Z memory modules run at latencies of 19-23-23-43 clocks and needs just 1.35V to operate, down from the 1.4V needed before.

The new Trident Z DDR4 memory has been optimized for Intel Z170 motherboards and Core i7-6700K processors and has been fully tested on an ASUS Maximus VIII Impact motherboard. The memory is based on Samsung memory chips that are used in another new Trident Z memory kit. This memory runs at 3466 MHz and at 3200 MHz and features latencies of 14-14-14-34 and 13-13-13-33 clocks, correspondingly, as well as operating voltage of 1.3V. This DDR4 memory is available in kits of 16 GB, 32 GB and 64 GB.