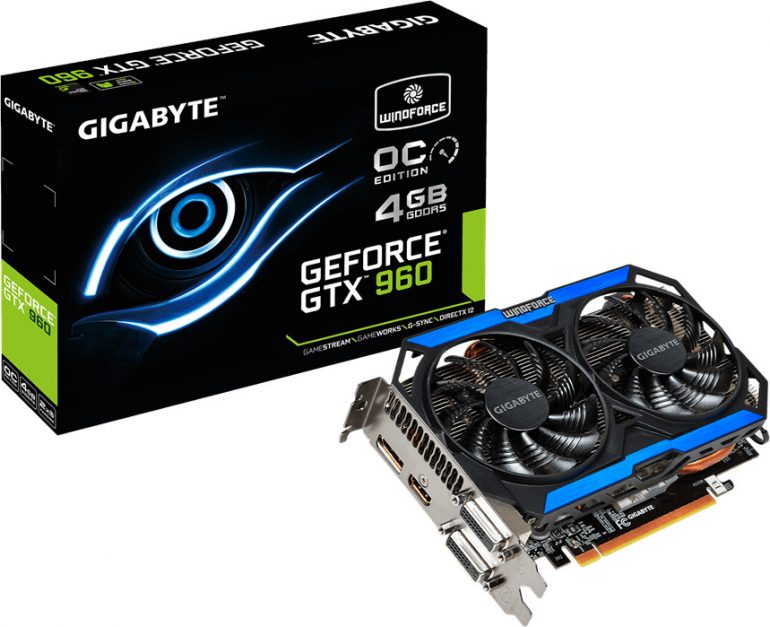 It’s always cool to have the latest and greatest video card but performance does not come for free. We are not talking about money here – high-end graphics cards tend to be large and cumbersome and emit a lot of heat, which is always a downside.

What if you could have a high-performance card that is as small as possible? Now you can enjoy these features thanks to Gigabyte, which has released two very compact GeForce GTX 960 graphics cards. While the newcomers will not break speed records they still offer respectable performance and PCBs that are just 181 mm long (7.1 inches). The cards are called N960OC-4GD and N960OC-2GD and come with 4 GB and 2 GB of GDDR5 memory, respectively. Both models come factory overclocked and feature GPUs that run at 1190 MHz (1253 MHz GPU Boost), instead of the standard clock speeds of 1127 MHz/1178 MHz. The memory runs at 7012 MHz effective and provides 112 GB/sec of memory bandwidth. The card gets power from a single 6-pin PCIe power connector and includes two dual-link DVI, one HDMI and one DisplayPort 1.2 ports.

Due to the higher clock speeds the two new Gigabyte cards come with a rather interesting cooling solution – it consists of one 8-mm thick copper heat pipe, which goes through the center of the heatsink base and forms an “S” shape while passing through the two ends of an aluminum fin stack. The cooler is ventilated by two fans.

There’s no information how much the two new cards cost.