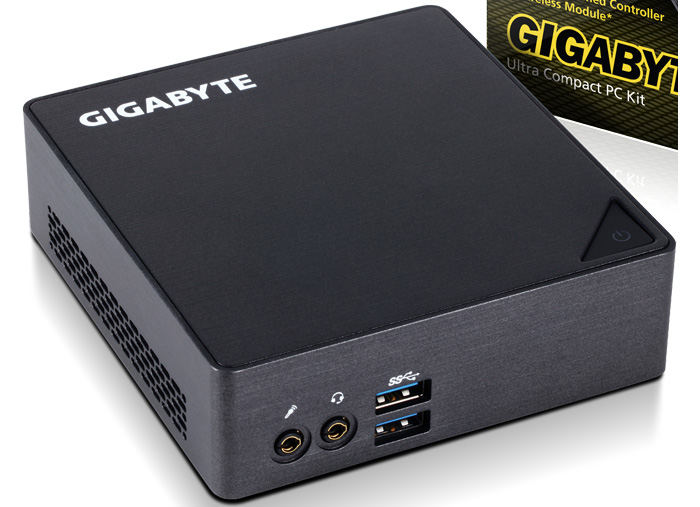 The Thunderbolt 3 connector is apparently one of the features Gigabyte will rely on this summer – after updating its motherboards with this high-speed interface, the Taiwanese Gigabyte has now presented new Brix mini PCs with support for Thunderbolt 3 too.

There are four new Brix models and they are called GB-BSi5T-6200, GB-BSi5HT-6200, GB-BSi7T-6500 and GB-BSi7HT-6500. All of them feature Thunderbolt 3 connectors, which have been made available through a USB 3.1 Type-C port in the back, which is connected to an Intel controller that uses a PCIe 3.0 x4 bus. There are a few differences among the four new models, though – the devices have a single M.2 2280 slot, support for a 2.5-inch SATA hard drive that is up to 9.5 mm thick (only models with HT in the name), support for a SSD (non-HT models), Intel Wireless-AC 3165 with 802.11ac Wi-Fi support and Bluetooth 4.2. If you look closer at the product names you will also find the CPUs that power the new Brix computers – you can get an Intel Core i5-6200U processor or an Intel Core i7-6500U chip. In addition to this the new Brix computers have two DDR4 memory slots for up to 32 GB of DDR4 SDRAM, Intel HD 520 graphics, a Gigabit Ethernet controller, Realtek ALC255 sound, four USB 3.0 ports and a SD card memory slot. Since the Brix computers are small, they get powered by an external PSU which here supports both 110V and 220V power grids. Moreover the package of each Brix PC comes with a 75 x 75 mm and 100 x 100 mm VESA stand.