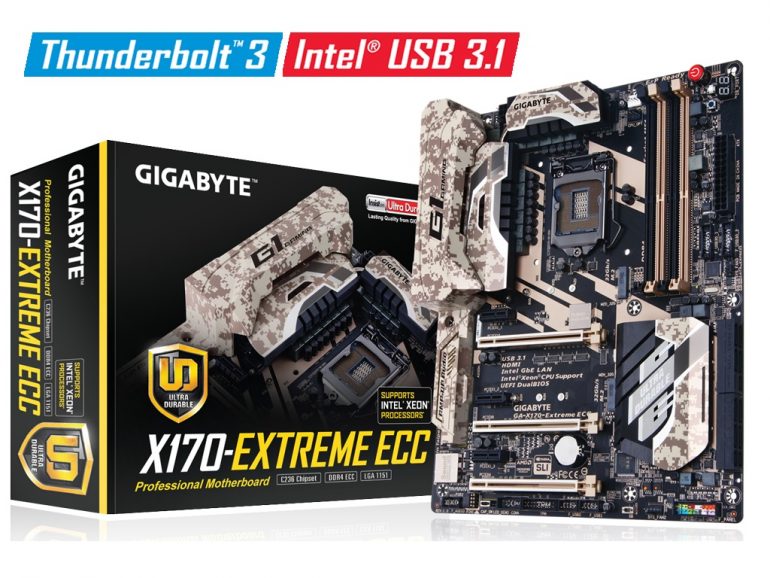 To meet the demand for Xeon-upgradeable Skylake motherboards Gigabyte has announced the new GA-X170-Extreme ECC motherboard, which is based on the Intel C236 chipset. The board supports all Intel Skylake processors and Intel Xeon chips on the Skylake architecture and provides users with four memory slots for up to 64 GB of DDR4 memory (the board also supports ECC memory), support for two GeForce video cards in x8/x8 modes, or three AMD Radeon graphics cards in CrossFire (x8/x8/x4), support for up to two M.2 SSDs, three SATA Express ports and more. In the back the GA-X170-Extreme ECC motherboard has DisplayPort and HDMI video outputs, USB 3.1 Type-A and USB 3.1 Type-C ports, audio jacks and a Creative Sound Core 3D audio chip.

The price of the GA-X170-Extreme ECC motherboard is unknown but given all these features the board will be expensive.