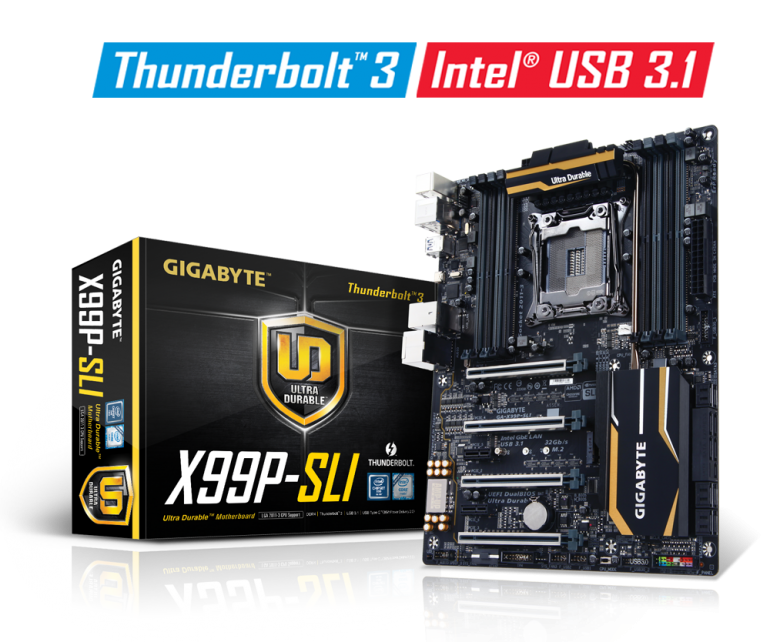 The high-end Intel X99 platform lacks one feature that is worth having – Thunderbolt 3 – but thanks to the efforts of Gigabyte this is no more – the popular Taiwanese maker of motherboards has announced the GA-X99P-SLI model, which happens to be the world’s first X99 motherboard with support for Thunderbolt 3.