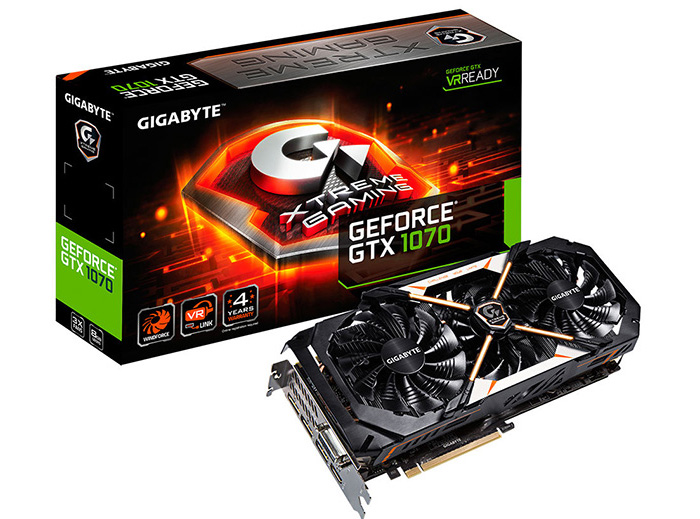 The new graphics card comes with a large air cooler that uses the so-called WindForce Stack 3X technology. The cooler consists of three 100 mm cooling fans, a large aluminum heat sink and four heat pipes. The copper base of the cooler not only has contact with the GPU but it also touches the memory chips of the GeForce GTX 1070 Xtreme Gaming, which helps with cooling the memory. And in the back the card has a heat spreader that has taken the form of a sheet of metal.

The price of the GeForce GTX 1070 Xtreme Gaming will be announced later.