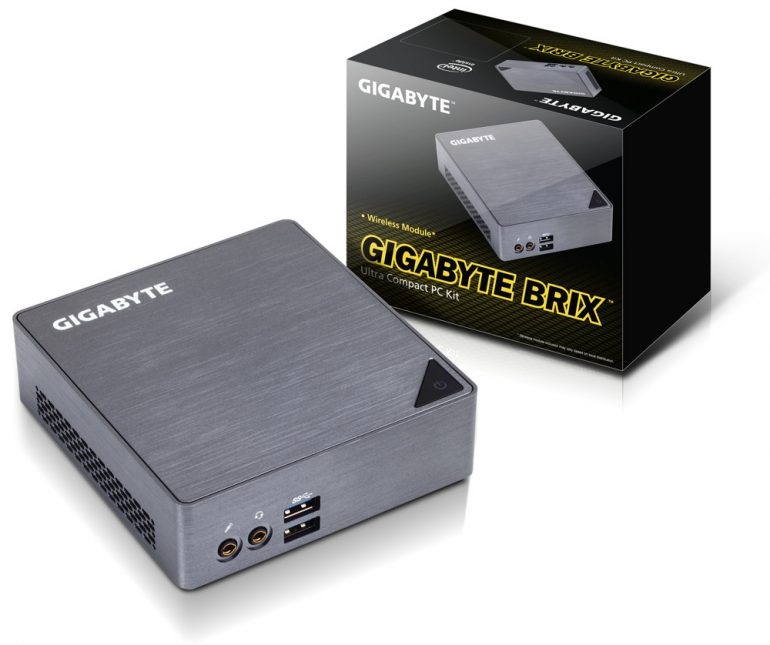 Gigabyte has presented a new version of its BRIX mini-computer at the on-going CES 2016 electronics show in Las Vegas, Nevada. As expected the new version comes with the latest available hardware with the most important change being the addition of Intel Skylake processors to the BRIX line-up.

The updated BRIX computers now feature 6th generation Intel Core i3, i5 and i7 processors on the Skylake architecture and various storage options, which include 2.5-inch SSDs or HDDs but certain models also come with an M.2 port, which allows the installation of compact solid-state drives as well. In addition to this the new BRIX mini computers arrive with numerous USB 3.0 ports, HDMI and DisplayPort connectors that can drive up to three displays as well as Gigabit LAN ports for fast networking. The last change is the addition of support for Intel Thunderbolt 3, which requires a USB Type-C port. The Thunderbolt 3 technology, which is now implemented in the latest Gigabyte BRIX computers allows users to enjoy single-wire bandwidth of up to 40 Gb/sec, which is twice as fast as the previous generation. More specifically Thunderbolt 3 will be featured on the new Gigabyte GB-BSi7T-6500 and the GB-BSi5T-6200 PCs.

There’s no information when the new BRIX generation will be in stores but our best guess is that we won’t have to wait that long. Gigabyte also did not mention any pricing details.