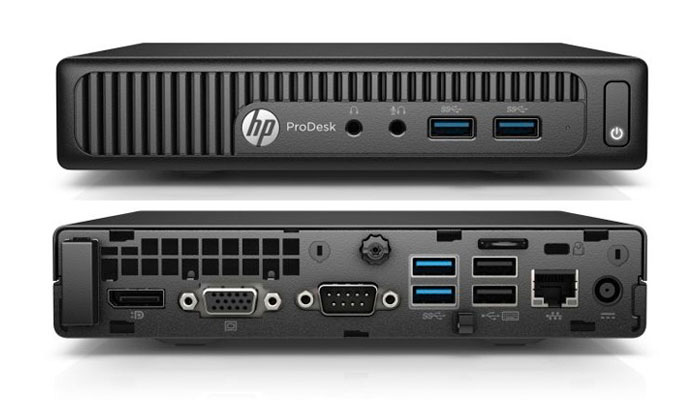 Next month HP is giving its business-class desktops a small upgrade with the introduction of a new mini PC called ProDesk 400 G2 Mini. The new computer will target businesses where it will offer power in a small-sized chassis but there’s more – it will also upgrade HP’s ProDesk line of desktop computers to Intel’s sixth generation Core processors, codenamed Skylake.

The most basic version of the ProDesk 400 G2 Mini will boast 8 GB of DDR4 RAM, which is pretty impressive for a business-class PC. It will also have four USB 3.0 ports, two USB 2.0 ports, DisplayPort, VGA and Serial connectors, 3.5 mm audio jacks for microphones and speakers, built-in Ethernet capabilities and an external PSU.

There are no other details on the upcoming ProDesk 400 G2 Mini desktop computer except that it will come in October. There is no information on how much it will cost.