Nearly a week after we got the first two Skylake chips the first low-power Skylake processors have been detailed on the Internet. Some of these parts will come out in September of this year, while some other chips will arrive in year 2016.

All Skylake-U processors come with two computational cores but cover all Intel brand extensions, including Celeron, Pentium, Core i3, Core i5 and Core i7. The chips come with thermal design power that ranges from 7.5W to 15W, which means you will enjoy low heat output and low power consumption. Each brand, however, has only two SKUs at most at the moment. 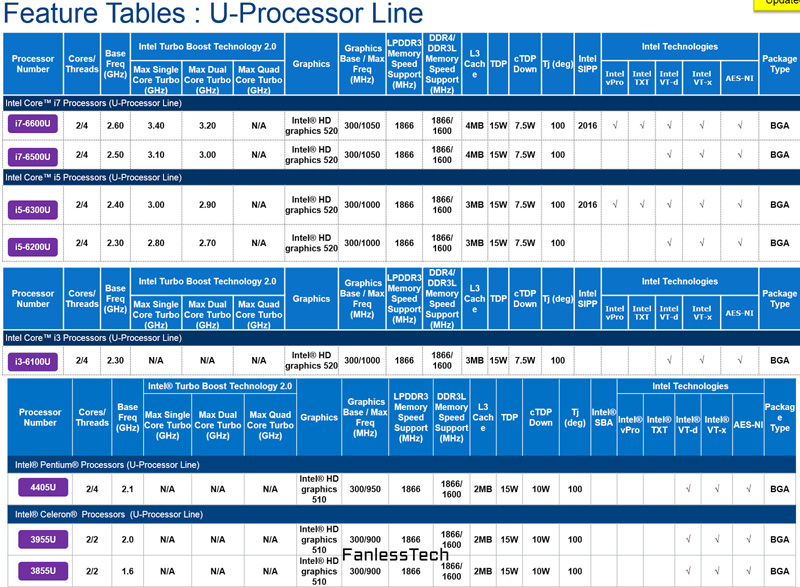 There’s no information how much these chips will cost.