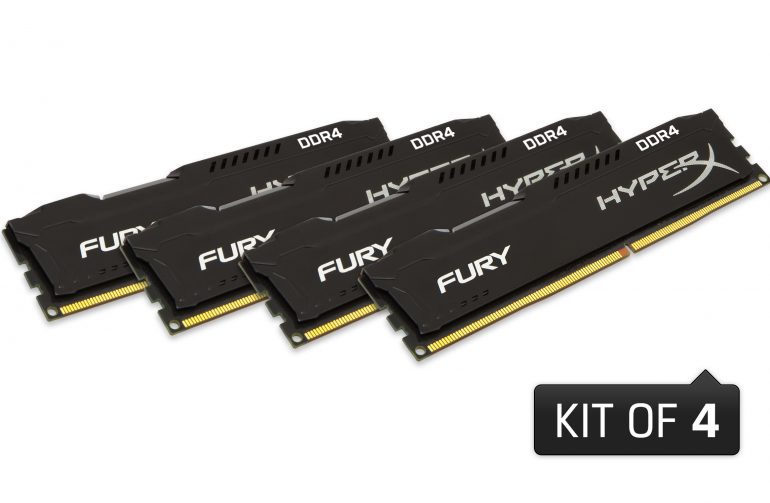 The HyperX memory division of Kingston Technology has released the previously reported HyperX DDR4 memory line. Just like any other DDR4 memory, the HyperX DDR4 targets overclockers, hardcore gamers and hardware enthusiasts and works only with the Intel X99 Express/Haswell-E combo as of now.

The new Fury line provides maximum performance thanks to a few features that are implemented inside. The memory provides users with automatically selected settings for best performance when used with the Intel X99 chipset and can increase its clock speed on the go. As of now the Fury line comes as 4 GB and 8 GB memory modules and runs at 2133 MHz, 2400 MHz and 2667 MHz. Kingston will also sell the memory in 8 GB, 16 GB, 32 GB and 64 GB memory kits. The Fury strictly follows JEDEC’s DDR4 memory guidelines and runs at 1.2V at CAS 14 for the DDR4-2133 memory modules and CAS 15 for all other speeds. The memory modules themselves are colored in black and come with integrated heat spreaders.

Unfortunately there’s no information on how much the new memory kits and modules cost.