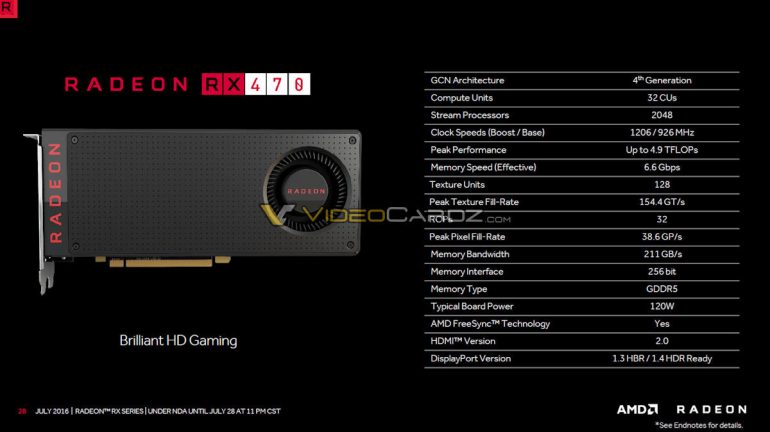 An AMD slide has leaked all the tech specs of the upcoming Radeon RX 470 and RX 460 video cards ahead of their launch in early August. Given the origin of the information we can say that the tech specs are official now.

The Radeon RX 470 will come with an Ellesmere Polaris 10 GPU just like the RX 480. The card will come with 2048 stream processors, spread across 32 GCN compute units, 128 TMUs, 32 ROPs and 4 GB of GDDR5 memory that gets accessed via a 256-bit memory bus. The RX 470 GPU will run at 926 MHz in nominal mode and at 1206 MHz in Turbo mode, while the memory will operate at 6600 MHz and will provide 211 GB/sec of memory bandwidth. The RX 470 will need around 120W of power, which means the card will arrive with an additional 6-pin PCIe power connector. 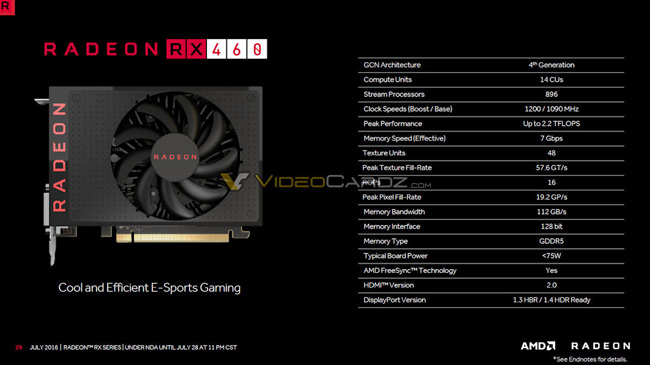