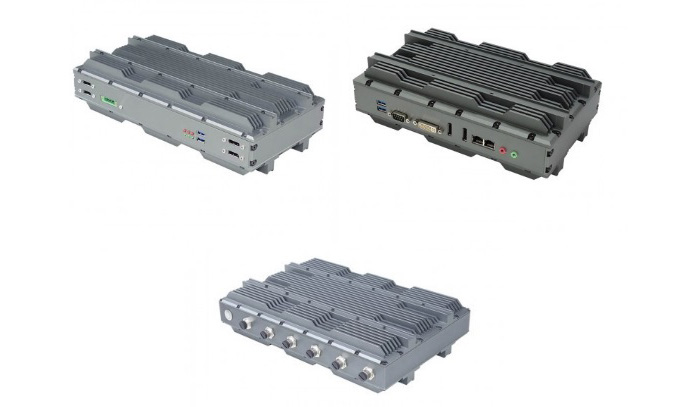 Logic Supply is not a company that you hear about on a daily basis but this enterprise eases the lives of many people around the world by offering very durable and sturdy computers that are designed for use in dangerous industrial environments. For people who need more computational power Logic Supply has just announced three new models – the SR100, SR200 and SR700 sturdy computers.

All three models fully support the MIL-STD-810G standard and reside in large metallic chassis that also serve as giant cooling systems since dedicated cooling is not provided. The computers do not target everyday users and are instead designed for industrial and military use where durability is more than important. The three models share most of the hardware inside and only differ in the level of protection offered. They come with Intel Core i7-4700EQ processors, 8 GB of XR-DIMM memory and 64 GB of SSD storage since hard drives cannot be used in dangerous environments due to the mechanical components used in them. Here the differences start – the SR100 is the model that offers numerous connectivity ports and less protection. The device has two Ethernet ports, two DisplayPort connectors as well as one DVI port, one VGA port, one RS-232 connector and two USB 3.0 ports. The SR200 sits in the middle with four USB 3.0 ports, two Ethernet ports, one RS-232 connector, one D9 port and four DisplayPort connectors. This is the only computer of the three that comes with a discrete video card as well – the SR200 has GeForce GT 730M graphics inside. The SR700 is the sturdiest model of the three – it lacks ports of all kinds and meets one more protection level – IP65. The computers measure 250 х 149 х 76 mm (SR100), 308 х 149 х 76 mm (SR200) and 350 х 260 х 76 mm (SR700) but there’s no information how much they weigh.

The Evolution of Gas Tanks from the 1970’s to Today