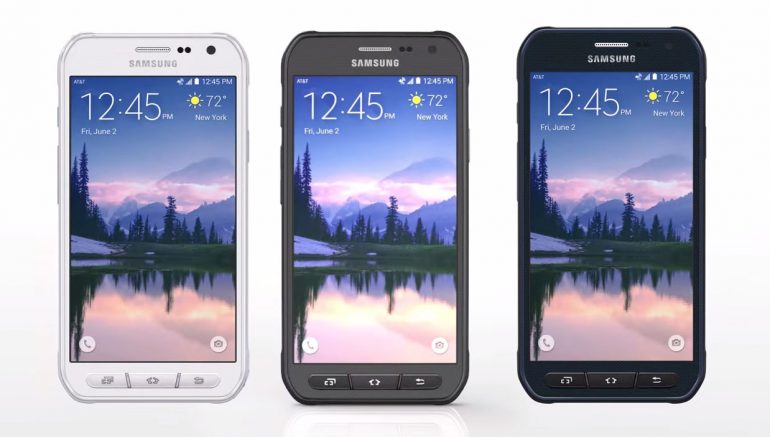 Just as we suspected a few weeks ago the rumored Galaxy S6 Active smartphone exists but there’s more – Samsung has officially unveiled the device during a company event.

The new Samsung smartphone is a rugged version of the Galaxy S6 but has bumped specs here and there. First, the handset comes in a sturdy metallic chassis that meets the requirements of the IP68 and MIL-STD 810G standards, which makes the smartphone dust-, water-, and shock-resistant. For instance, the Galaxy S6 Active can survive drops as high as 1.2 meters (4 feet) and sustain depths of up to 1.5 meters (5 feet) for up to 30 minutes.

The new Samsung Galaxy S6 Active will be available on June 12 at AT&T. The US carrier offers the device for USD 0 (zero) up front with the price of the handset (USD 695) split into 20, 24 or 30 monthly payments.