The US software giant is currently working on a yet another Windows 8 preview – this time known as Windows 8 Release Preview.

The new OS preview will be available during the first week of June and will be another major preview of the upcoming Windows 8 OS. Just recently Microsoft confirmed the Windows 8 name of the new OS and said it would release only three major versions of the OS – Windows 8, Windows 8 Pro and Windows RT with the last one being the ARM version of Windows 8. Two more editions – Windows 8 Starter (possibly) and Windows 8 Enterprise will also be released but the former will be available in emerging markets only while the latter will target enterprise customers with Software Assurance agreements. 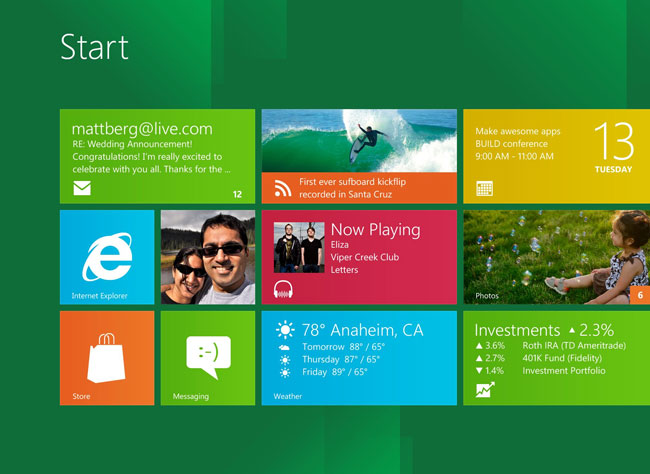 The latest Windows 8 Release Preview is another major step towards the completion of the new OS, which is expected in October 2012 – exactly three years later after Windows 7.