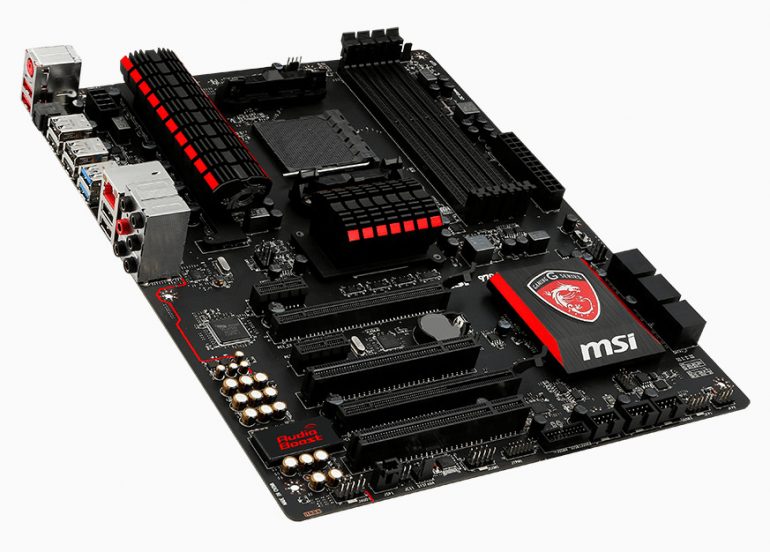 AMD hasn’t been able to offer ultimate gaming performance in many years now but this hasn’t stopped MSI from showing a new special AMD gaming motherboard that targets gamers who are fans of the second largest chipmaker. The new motherboard carries the 970 Gaming brand name and expectedly is based on the AMD 970 chipset.

The MSI 970 Gaming is a Socket AM3+ motherboard that offers full support for all AMD AM3+ processors including the latest Vishera cores. The new MSI product sports various gaming features and draws power from a combination of 24-pin ATX and 8-pin EPS connectors and there’s also a powerful 8-phase CPU VRM that gets cooled by a massive heat sink. The motherboard offers four DDR3 DIMM slots for up to 64 GB of DDR3-2400 memory, two PCI-E 2.0 x16 slots, two PCI-E 2.0 x1 slots and legacy PCI. The storage capabilities of the motherboard include six SATA 3.0 ports, four USB 3.0 ports and more. The gaming nature of the motherboard is elsewhere though – expect to get Killer LAN for excellent network performance, Audio Boost 2 with Creative Sound Blaster Cinema2 technology for great sound, USB Audio power and more. The motherboard has also been built by Military Class components that ensure extra stability and a long motherboard life too.

There’s no information as of now how much the MSI 970 Gaming will cost but as a gaming motherboard it will likely be not that cheap.