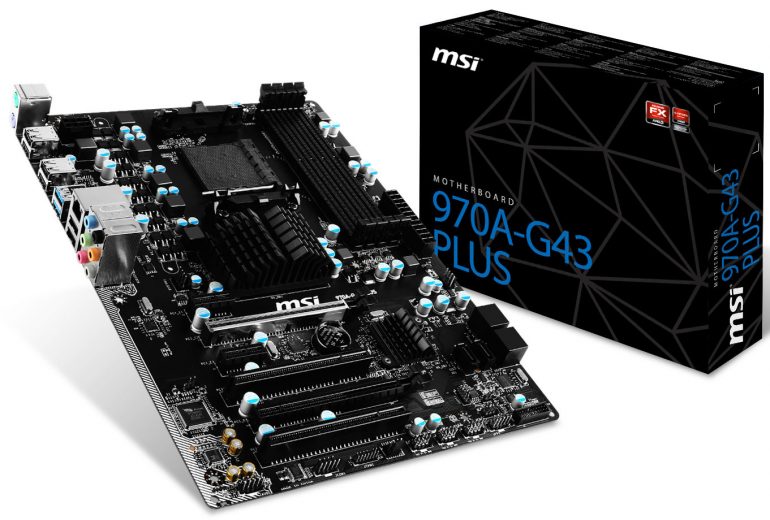 MSI has introduced an entirely new socket AM3+ motherboard for AMD’s FX processors just when we all started thinking AM3+ had died a long time ago. AMD hasn’t had any new chipsets and CPUs for this socket in more than a year, not to mention that the FX processors are no match for Intel’s latest CPUs. Back to the board, though – called 970A-G43 Plus, the new MSI motherboard offers a modern feature-set for mid-range PCs running AMD FX chips.

As you can see from the name of the board, the new 970A-G43 Plus is based on AMD’s 970 chipset and sports the SB950 Southbridge chip. The motherboard has support for all AMD AM3(+) processors with TDP of up to 125W and draws power from a combination of 24-pin ATX and 8-pin EPS power connectors; the CPU gets power from a 4+1 phase VRM. The memory controller in the AM3+ processor is connected to four DDR3 DIMM memory slots, which support up to 32 GB of DDR3-2133 memory.