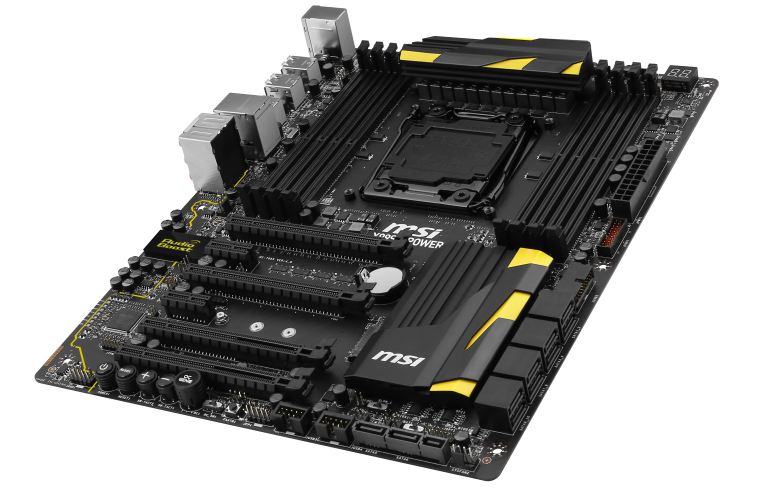 Yesterday we wrote of four new ASUS motherboards that will soon power Intel’s upcoming Broadwell-E processors. These four boards will soon be followed by a new one but this time the board in question will come from MSI. Called X99A Gaming Pro Carbon, the new motherboard will be a tech marvel that, again, will be designed for Broadwell-E processors.

Unfortunately there’s no official information on MSI’s upcoming motherboard and only a short video exists. Judging from it, the X99A Gaming Pro Carbon will have carbon fibers in its PCB, ultra high-quality components and capacitors, advanced cooling solutions and a Game Boost button that will perform automatic overclocking. The board will also likely come with an 8-phase VRM subsystem, four PCI-E 3.0 x16 slots, one PCI-E 3.0 x1 slot, eight DDR4 memory slots and a single M.2 connector.

The MSI X99A Gaming Pro Carbon is expected in the coming weeks. Unfortunately pics of the new board are still not available so we will have to live with what we have now.