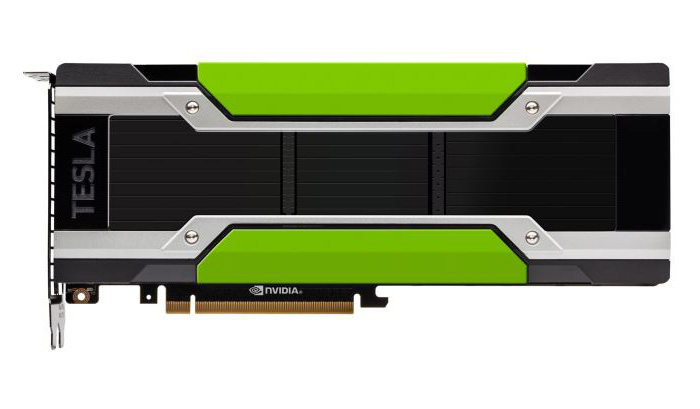 Most people are interested in the high-performance GeForce GTX 1080 video card but the truth is that the Pascal architecture drives the most powerful 3D accelerator on the planet as well – the so-called Tesla P100. This card was announced in April of this year well before the GTX 1080 appeared but back then NVIDIA equipped the Tesla P100 with NVLink only. Now the card has become available with the common PCIe interface as well.

Unline the NVMe Tesla P100, the PCIe equivalent comes with some changes – the card is simply slower. NVIDIA says the Tesla P100 PCIe reaches 18.7 TFLOPs in FP16 mode, 9.3 TFLOPS in FP32 mode and 4.7 TFLOPs in FP64 mode. The card also comes in two versions with 16 GB and 12 GB of HBM memory. The 12 GB version is even slower – unlike the 16 GB model, which features a 4096-bit memory bus, the 12 GB model comes with a 3072-bit memory bus and hence 540 GB/sec of memory bandwidth against 720 GB/sec in the 16 GB version. The remaining hardware specs have not been changed, though, so the memory keeps on working at 1400 MHz and the TDP remains at 250W. Despite this the Tesla P100 PCIe comes with passive cooling.

Unfortunately in spite of the announcement of the new Tesla P100 PCIe version, the card will be on the market only in Q4 2016.