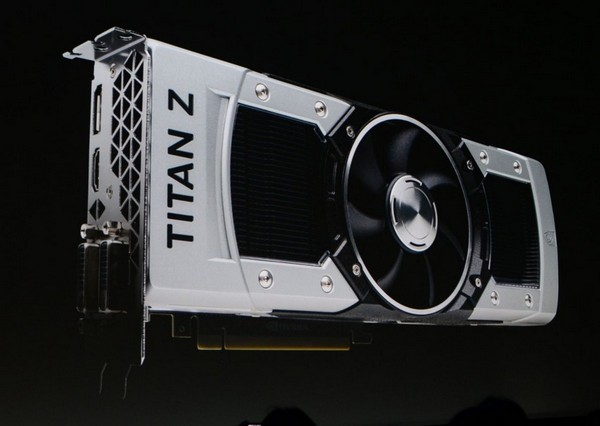 The US maker of GPUs NVIDIA has officially started the sales of its ultra high-end GeForce GTX Titan Z video card, which was first presented more than 2 months ago.

There are no last minute changes when it comes to the hardware specs of the graphics card – it is still based on two GK110 graphics cores for a total of 5760 stream processors and has 12 GB of GDDR5 memory. The card comes with a 12-phase power supply system and is capable to display resolutions of up to 3840 x 2160 pixels. Unfortunately clock speeds have been forgotten again but the GeForce GTX Titan Z is capable of reaching 8 TFLOPS of computing power.

The GeForce GTX Titan Z is now available from manufacturers such as ASUS, MSI, Palit, Gigabyte, Zotac and others. The price stays the same – USD 2999 – so the Titan Z is definitely for people who have some unneeded extra cash.