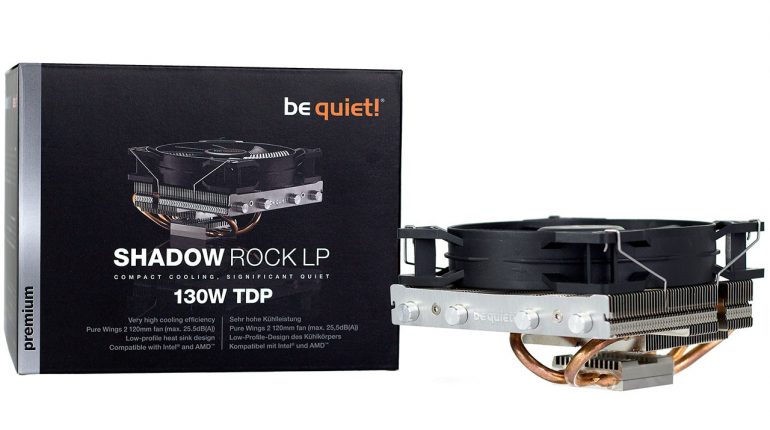 The new Shadow Rock LP CPU cooler measures 134 x 122 x 75.4 mm (L x W x H), weighs 390 grams and produces up to 25.5 decibels of noise when operating at 100 per cent loading. The cooler is made of four 6 mm heat pipes, a 120 mm Pure Wings 2 cooling fan and an aluminum heat sink. The fan itself has nine airflow-optimized fan blades and a durable rifle bearing. As a result the Shadow Rock LP CPU cooler is guaranteed to deliver performance at low noise levels and to last for a long time. In addition due to its small size the Shadow Rock LP can be used in nearly all PC cases with no problems.

The new Be Quiet! CPU cooler is available now for around EUR 48. The cooler is compatible with all modern Intel and AMD processors with TDP of up to 130 watts.