Rambus is back with new memory technology 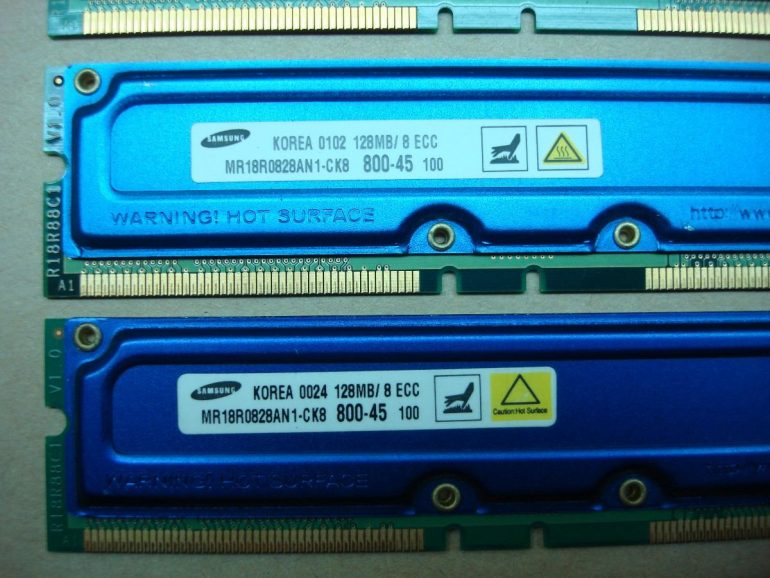 Nowadays buying computer memory is not a big deal – there are numerous manufacturers, hundreds of models and capacities and many stores to buy memory from. Yet all this abundance is due to the efforts of a single company, which became notorious for high prices and almost mandatory usage of its memory with a certain platform about 15 years ago – we are talking of Rambus and its RDRAM memory, which was attached to any Pentium 4 system sold in the year 2000-2001 time period. Needless to say, the whole attempt failed miserably and Rambus went into obscurity – a fact that gave rise to DDR SDRAM and its later incarnations including the newest and fastest DDR4 memory.

Now much to everyone’s surprise Rambus is back with a new memory technology. There are no details regarding the new memory as of now but Rambus says the new memory will bring low latencies and huge capacities. The memory is a commercial secret right now but the US company expects mass production to commence in 2016 as it already has a contract with a major memory manufacturer, which is again unknown.

This sounds interesting, don’t you think? Let’s hope that the new memory does not die out like RDRAM did but we should see it first before we can draw any conclusions.