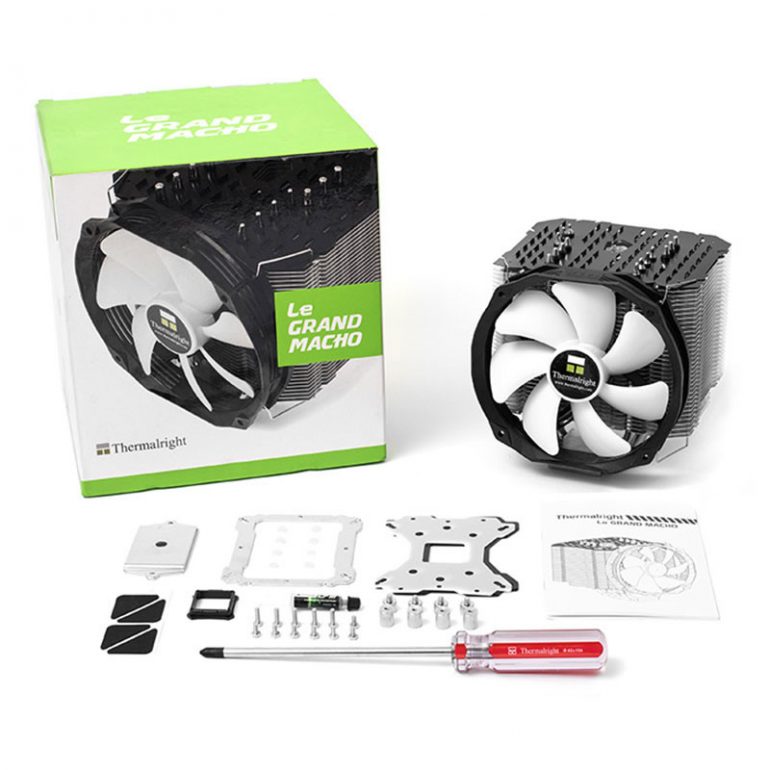 Thermaltake has expanded its line of CPU coolers with the addition of the new Le Grand Macho RT CPU cooler. The new cooler adds more features to the Le Grand Macho line – this cooler comes with active cooling unlike the already released Le Grand Macho.

Apart from this the new CPU cooler hardly comes with any new features compared to the passive Le Grand Macho. The attached silent-running cooling fan is the only major change users will see but thanks to its addition, the Le Grand Macho RT can now cool processors with TDP levels of up to 280 watts. The fan spins at 300-1300 rpm and pushes up to 73.6 cubic feet of air per minute at noise levels of 14-20 dB. The fan is also an updated version of the TY 147 A cooling fan and carries the TY 147 B product name. The heat sink has not been changed, though, so the new Le Grand Macho RT will not block RAM slots or PCI-E slots where you want to insert the latest graphics card. At the bottom the Le Grand Macho RT uses a nickel-plated copper base that accompanies seven 6 mm nickel-coated heat pipes. The new Thermaltake cooler is compatible with all Intel processors starting with LGA 775 and all AMD processors starting with the AM2 socket. The Le Grand Macho RT also comes with 2 grams of Chill Factor 3 thermal compound so you won’t have to look for thermal grease when installing this cooler. Thermaltake’s famous Screwdriver is there as well.