Here’s some more information on the upcoming Windows 8 OS – Microsoft has released the first pictures of the upcoming retail box versions of the operating system with the software giant saying this will be the final art design. 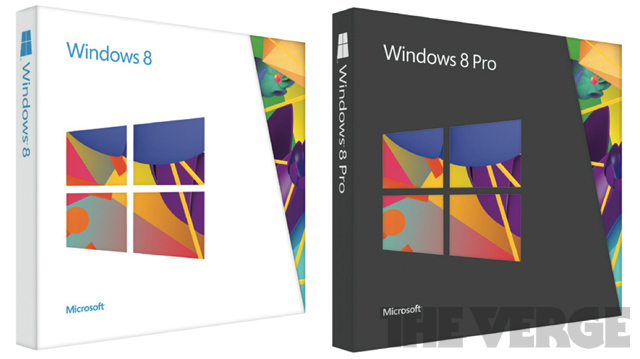 The new Windows 8 operating system is now in RTM stage and will become widely available on October 26 this year.

(picture courtesy of The Verge.com)