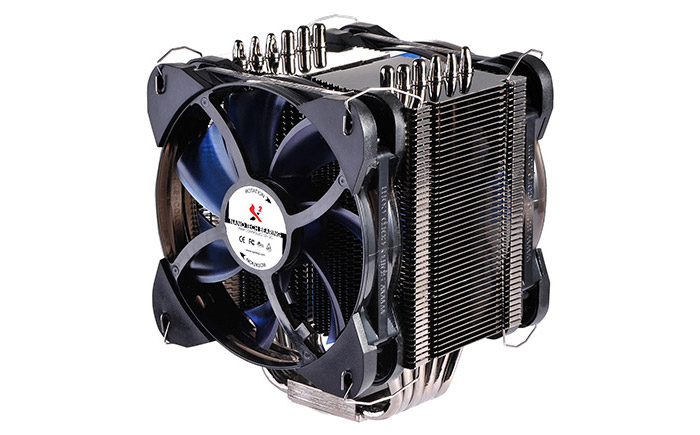 The recent announcement of the AMD FX-9370 and FX-9590 processors has left enthusiasts in trouble with the enormous thermal needs of the chips, which reach TDP of 200 watts. Fortunately a Dutch company known as X2 has designed a CPU cooler that can cool such chips.

The Eclipse IV is based on Spire’s TherMax coolers but goes one step further. Based on 45 aluminum fins the cooler provides six 6-mm U-shaped heat pipes. All of this is covered with nickel against oxidation. In addition the cooler has been designed in a way as to not interfere with memory modules. A 130 mm cooling fan cools the entire structure.