Taipei, Taiwan, October 6, 2008 – Consistent with the tradition of breaking new grounds, ASUS is proud to present the world’s first Intel® Quad Core™ Gaming notebook—the G71. Specifically designed with gamers in mind, the G71 is the first in ASUS’ planned series of Quad Core™ gaming notebooks and an addition to its expanding G Series. The G71 delivers a total gaming experience in a highly portable package, with an emphasis on audio clarity and stunning graphics performance. 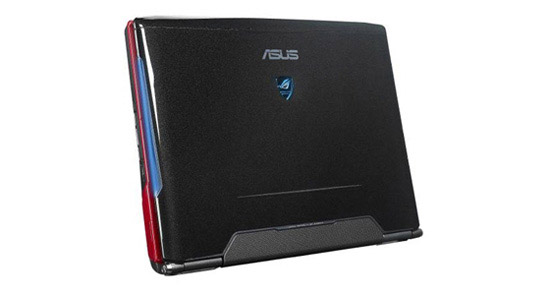 The ASUS G71 is the world’s first Quad Core™ gaming notebook, powered by the new Intel Core™ 2 Extreme processor QX9300. The removal of the Overspeed Protection means that the G71 is capable of extreme performance through overclocking, pushing the envelope of computational processing power and thus allowing users to multitask extensively.

As a dedicated gaming notebook, the G71 sports an impressive array of high performance components, such as a 17” Crystal Shine high brightness display with a quick response time of 8 ms, powered by a NVIDIA GeForce 9700M GT GDDR3 512 MB graphics card. The G71 also features up to 4 GB of DDR3 1066MHz system memory coupled with dual hard disk drives of up to 1 TB (500 GB x 2)—enabling users to enjoy multimedia entertainment and games while on the move.

Direct Console 2.0 is an all-in-one gaming control interface that allows users to select from three processor speed settings depending on their mode of usage. The same interface also includes controls for Direct Messenger, enabling communication utilities such as Instant Messaging (MSN™), Meeting and E-mail notification. The gaming hotkeys enable users to launch their favorite games with a single touch and execute in-game commands on-the-fly. The chassis of the G71 also features a programmable lighting system, which lights up and blinks during in-game events. These lights can be configured through the Direct Console 2.0, providing the user with a pyrotechnic-like ambience while in the game.

Users can now read their emails and communicate via Instant Messaging (MSN™) through the Direct Messenger. Acting as a secondary display, it displays email notifications, instant messages, battery reserves and system loadings in real-time even during a game in progress. This allows users to keep in touch with their friends and family while multitasking between various applications. 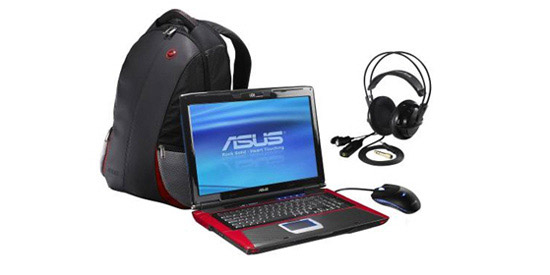 Entertainment and Style on the Move

The G71 incorporates several entertainment features that promise to give users a gaming experience like none other. Altec Lansing speakers equipped with a subwoofer deliver excellent sound reproduction, further complimented by Dolby™ Home Theater. A 2.0 megapixel webcam allows users to communicate visually through Skype™ or MSN™; while a dedicated game keyboard layout provides them with strategically placed movement keys on a full-sized keyboard—granting them quick access to their in-game inventories and allowing them to issue commands in the shortest time possible. These features combine to provide an entire host of gamer-centric features for users to immerse themselves in a world of audio and visual entertainment with style.

The G71 may have the sheer power to sate the needs the most serious of gamers, but it is also very suitable for those who prefer to play games on a more casual basis. Attaching ASUS’ innovative Eee Stick—a simple plug and play gaming solution that allows users to interact with the game by translating their hand motions into corresponding movements onscreen—for example, will instantly transform the G71 into a mobile gaming console. The easy-to-use and family-friendly Eee Stick—which works with all of ASUS’ notebooks—consists of an Activation stick, a Navigation stick and a 2.4GHz RF dongle. It has a broadcast range of up to 10 meters, allowing users more leeway for physical movement. Boasting three modes of operation, the Eee Stick can be used with a myriad of game genres, ranging from sports and shooting, to action and beat ’em up games.

ASUS is a leading company in the new digital era. With a global staff of more than eight thousand and a world-class R&D design team, the company’s turnover for 2007 was 6.9 billion U.S. dollars. ASUS ranks among the top 10 IT companies in BusinessWeek’s “InfoTech 100”, and has been on the listing for 11 consecutive years. ASUS was also selected by the Wall Street Journal Asia as No.1 in quality and service in Taiwan.