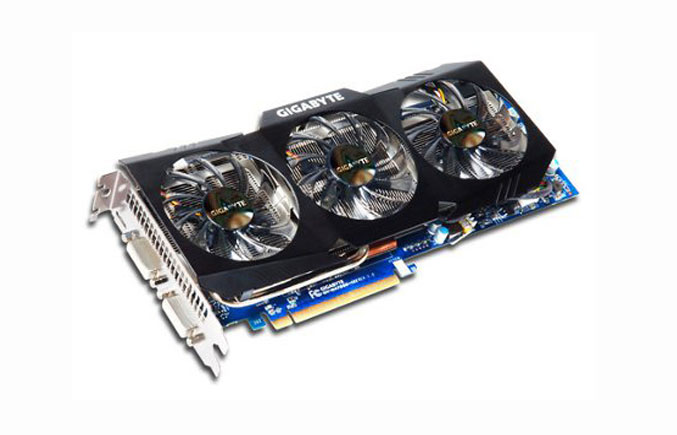 The Core of the GTX 470 SOC GPU manages to run at 700 MHz, while for the shaders it runs at 1,400 MHz, thus delivering twelve percent more performance compared to the normal nVidia GTX 470 (reference model). The Gigabyte GTX 470 SOC also has a seventeen percent decrease in power consumption, compared to the reference GTX 470.