Today all the hype is about the iPad, Kindle Fire, Nexus 7 or Samsung’s tablets. Still there’s a large number of customers who only need a budget-friendly tablet without a bunch of nice but expensive extras. Thanks to the French company Archos such users can now get the Carbon 97 – a nice but budget-price tablet.

As the word “budget” suggests the Carbon 97 does not aim at competing with the iPad and the like. Instead it tries to offer power at a budget price and it does deliver – running Android 4.0 Ice Cream Sandwich, the Carbon 97 comes with a 1 GHz single-core processor and 16 GB of internal storage memory that can be expanded to 48 GB via a microSD card. Unlike the Nexus 7 for example, the Carbon 97 includes a back-facing camera and features a mini-HDMI port for connecting to you HDTV. 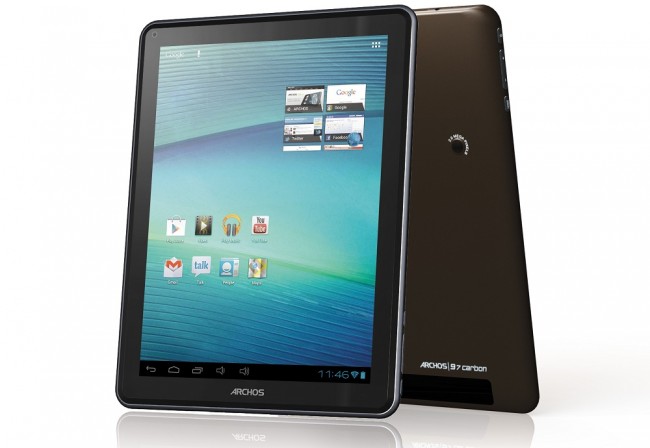