Game over! Windows RT is dead

Chances are you do not own a Windows RT-based device but in case you, then you are out of luck – Microsoft has decided to retire this operating system for good. Support will remain until early 2018 but you should not expect any new devices that use this OS.

The news is not surprising – ever since it was launched Windows RT has not been doing that well on the market. Initially embraced by Lenovo, ASUS, Samsung and Dell the OS suffered from low consumer interest and lackluster sales so no wonder that companies started pulling out of the Windows RT market. Moreover the timing of the release was not optimal and even if it was, currently the market for tablets is slowing down so the decision to put an end to Windows RT is not that surprising. Finally, let’s not forget Windows 10, which will run on many platforms, including various mobile gadgets.

Let’s get back to Microsoft and see what’s happening – the US software giant has ended production of any and all Windows RT devices including the Nokia Lumia 2520. “We are no longer manufacturing Nokia Lumia 2520; however, those still eager to buy Nokia Lumia 2520 should visit Microsoft Retail Stores, MicrosoftStore.com, third-party retailers and resellers for the latest availability.” About a week ago Microsoft ended the production of Surface 2, which is another Windows RT-based tablet and no more Windows RT will be designed or released.

The demise of Windows RT should not be a big problem for Microsoft, which is now working hard on Windows 10. The new OS will be very versatile and will run on a number of platforms including mobile devices. Windows 10 will be out by the end of 2015 or so rumors say.

In an attempt to satisfy mobile users and increase its market share on the mobile computer market the famous US maker of computer memory Kingston has unveiled its HyperX Impact SO-DIMM DDR3 memory. The new company product has been designed for Intel HM65, HM67, HM70, HM75, HM76, HM77, HM86... 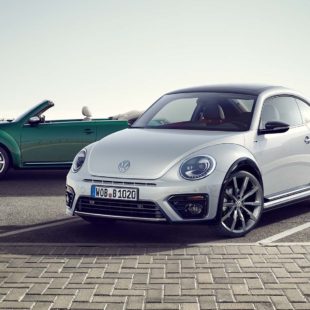 We all love the VW Beetle, don't we? Here's some more info about this icon

VW Beetle Secrets We doubt that every person on Earth knows what a Volkswagen Beetle is…but we bet it’s close. With its instantly recognizable design and pop culture fame, the Volkswagen Beetle is an automotive icon. However, despite the most obvious association with the counterculture of the...

The GHz Edition moniker next to graphics cards has become something of a staple in the past months with more and more cards boasting this performance-bringing sign. Indeed the GPUs of most graphics cards operate at frequencies that do not pass 1 GHz so this mark does bring more performance...