The Chinese tablet manufacturer HaiPad has announced the availability of new tablets that run Android 4.0.

Despite the slightly negative image of the company, known for making cheap tablets, the new devices show potential. The new HaiPad A10A10 for example arrives with a 7-inch 800×480 resolution display, 512 MB of RAM memory, 4 GB of storage capacity and a 1.50 GHz ARM Cortex A8 chip. It also has a capacitive touchscreen with support for 5-point multitouch. 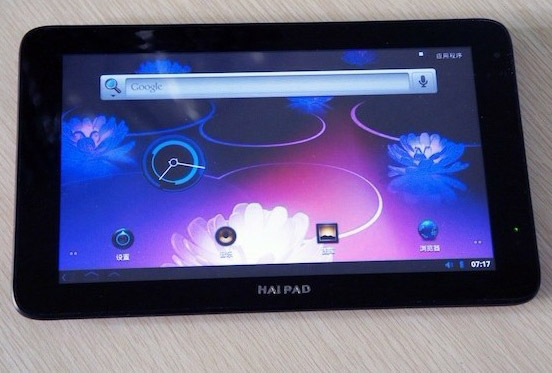 In addition the HaiPad M10M10 will be available in at least two models with some of them featuring resistive touch panels and others equipped with capacitive touchscreens.